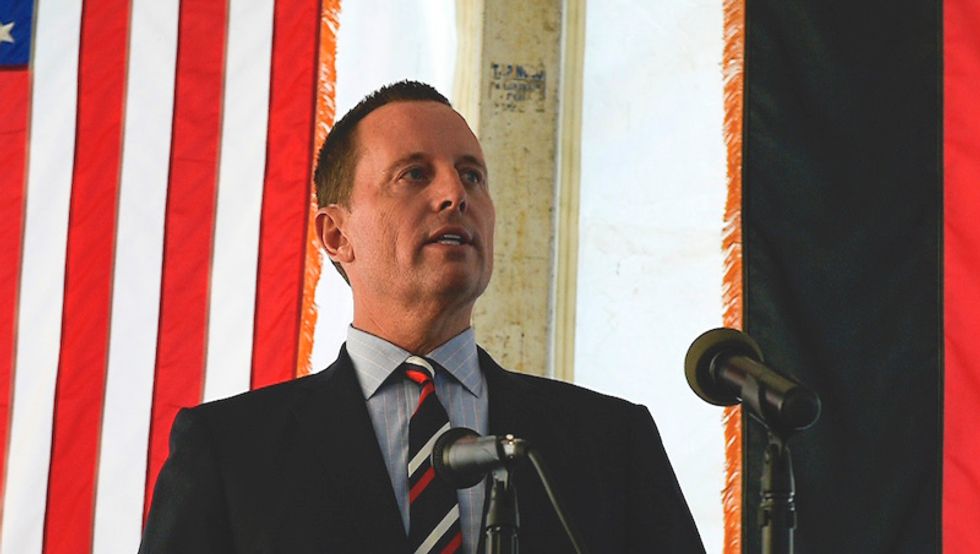 German politicians are calling for the expulsion of Trump-appointed ambassador Richard Grenell over his alleged interference in the country's politics.

The Financial Times reported Tuesday that figures across the German political spectrum have criticized Grenell for his comments about the country's defense spending budget.

Grenell, like President Donald Trump, regularly condemns Germany for the small size of its military budget amid NATO spending targets.

In a tweet Monday, the US Embassy in Berlin echoed the president, saying Germany "reducing its already unacceptable commitments to military readiness is a worrisome signal to Germany's 28 #NATO allies."

"If a U.S. diplomat acts like a high commissioner of an occupying power," Kubicki added, "he will have to learn that our tolerance has its limits."

Carsten Schneider, the parliamentary manager of the Social Democrats Party, said Grenell is a "total diplomatic failure" who was acting like a "brat."

"This entire thing seems like the behavior of a naughty schoolboy," Schneider said. "With his repeated clumsy provocations Mr. Grenell is damaging the transatlantic relationship."

FT noted that since Grenell assumed the ambassadorship in 2018, he has claimed he wants to "empower" conservative movements across Europe, threatened sanctions over a pipeline Germany backed and urged German companies to cease operations in Iran.