'Happy to do it': Emails show Trump's FAA chief coordinated with old lobbyist pals on policy 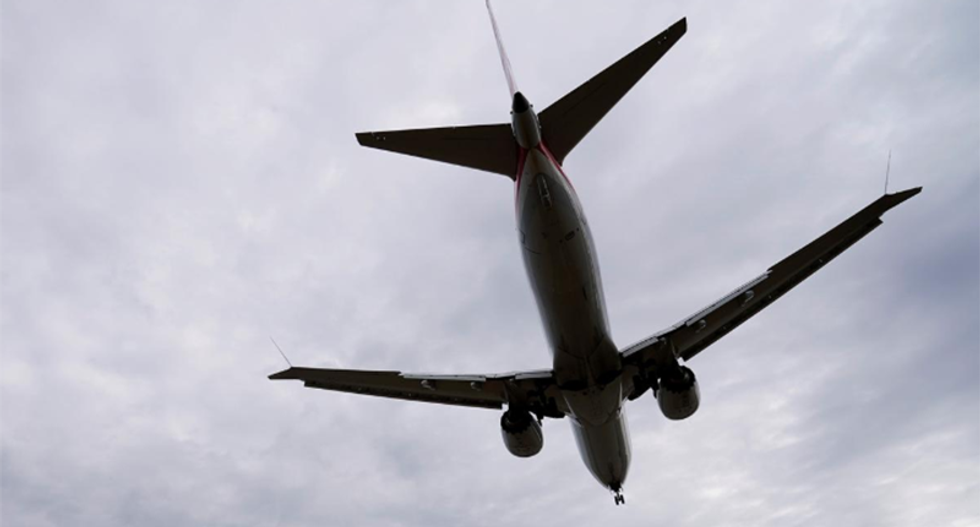 An American Airlines Boeing 737 MAX 8 flight from Los Angeles approaches to land at Reagan National Airport shortly after an announcement was made by the FAA that the planes were being grounded by the United States over safety issues in Washington, U.S. March 13, 2019. REUTERS/Joshua Roberts

More than two years ago, the man who is now acting head of the Federal Aviation Administration, Dan Elwell, got a work email from one of his former lobbyist colleagues. She wanted an update on the airline industry’s push to roll back rules on mishandled baggage and extra fees, among other Obama-era regulations.

“We are anxious to know when we’ll have a yes or no,” wrote Sharon Pinkerton, the top lobbyist for Airlines for America, in a Feb. 3, 2017, email.

Elwell, a former airline lobbyist himself who had worked with Pinkerton at Airlines for America, wrote back 31 minutes later. He said had he “checked with” the Department of Transportation’s top lawyer. “We’ll keep an eye on them.”

Elwell was working at the time on a secretive deregulation task force. Weeks after the emails, the industry got a yes and the regulations were nullified.

A month later, Elwell initiated another exchange. He emailed JetBlue executives, asking them for help with “an airport privatization issue.” He later asked if the airline had “any luck finding a JetBlue exec we can throw to the lions, er, I mean, introduce to a nice reporter to say nice things about airport privatization?” JetBlue, the airline lobbyist and the FAA then coordinated on talking points for a story about privatizing management of St. Louis Lambert International Airport.

Political appointees typically aren’t allowed to participate in issues that involve their former employer or clients they have worked for, as part of President Donald Trump’s ethics rules. But the rules did not apply to Elwell during his first few months at the FAA when he worked on the deregulatory team.

He had been classified as a kind of government consultant — a “special-government employee” — who isn’t bound by the ethics rules.

In a statement, the FAA said that Elwell “has no reportable conflicts of interest” and, as a special-government employee, “he was subjected to and complied with the same, stringent requirements and was engaged in no activities that posed a conflict of interest.” (Read the agency’s full statement.)

Airlines for America said in a statement: “As the voice of the U.S. airline industry, we wouldn’t be doing our jobs if we didn’t interact with certain regulatory and legislative agencies that work regularly with the carriers we represent. It is our responsibility to educate and communicate with organizations that work to make this the safest aviation system in the world.”

Elwell’s designation as a special-government employee also allowed him to continue his private consulting business even as he worked for the government. It’s unclear if Elwell did that. Virginia state records show his business was still incorporated through April of last year, but his financial disclosures don’t list any private income while he was in government.

What is clear is that Elwell continued strategizing with his former lobbyist colleagues even after he was no longer a special-government employee and rose up to the top ranks of the agency.

Elwell was named the FAA’s deputy administrator in June 2017. A month later, Pinkerton emailed Elwell, asking him to “weigh in on directly” on compliance issues contained in the FAA’s five-year funding bill.

Elwell wrote back that he would be “Happy to do it,” and he asked a subordinate to help “set it up.”

The emails offer a detailed picture of the tight connections between the airline industry and the government, while the FAA is facing increased scrutiny over its oversight after two crashes of the Boeing’s 737 Max.

“These emails underline why there’s a prohibition on private communications between new federal officials and old lobbying clients,” said Kathleen Clark, a government ethics expert and law professor at Washington University in St. Louis. “The tone, the clubbiness. The issue is that the inside group appears to be not the flying public. The inside group appears to be the airlines.”

Unlike most other oversight agencies, the FAA has a dual mission to both regulate and promote the airline industry, a combination that many observers have criticized as an inherent conflict.

Elwell is scheduled to testify Wednesday afternoon at a Senate committee hearing on airline safety. The emails were provided to ProPublica by the nonprofit Democracy Forward Foundation, which obtained them following a Freedom of Information Act lawsuit last year with the Transportation Department.

Elwell began his career as a military pilot before spending 16 years flying for American Airlines. After stints on Capitol Hill and at the FAA during the George W. Bush administration, Elwell worked for two industry groups, including at Airlines for America. He started his own firm, Elwell & Associates, in 2015.

The FAA did not respond to questions about the omissions. The disclosure estimates his net worth at between $2.1 million and $7.8 million.

After Elwell arrived back at the FAA under Trump, his wide-ranging email discussions with industry players included a push by lobbyists to intervene in government research.

In May 2017, the FAA’s assistant administrator for government and industry affairs, Katherine Howard, asked two of her government colleagues about the number of communities that had lost air service since deregulation. After wondering whether airlines might have the data, someone forwarded the email to Pinkerton, the airlines lobbyist.

Pinkerton forwarded the email chain to another Transportation Department official, Geoff Burr, who is also a former lobbyist, writing: “I share this with you as I believe we have a problem with the folks at the bottom of the chain...I’m a bit skeptical about why these chicas are urgently trying to answer this question.” Pinkerton seemed to referencing Howard and her two, female colleagues.

Elwell was then looped in and said he would look into it. (Elwell, Pinkerton and Burr did not respond to questions about the exchange.)

The emails also show Elwell’s admiration for industry players during some of their more challenging moments. He chimed in after United was forced to apologize in the wake of a viral video showing a passenger being physically dragged from a flight to make room for the airline’s own employees.

In an exchange with a United official following the confidential settlement between the airline and the passenger, Elwell wrote: “Looks like you guys have really taken leadership on this.”

“Crossing my fingers for a denied boarding flight. 😁,” he continued, an apparent reference to the kicked-off passenger getting a settlement.