Harvard sued by descendant of US slave photographed in 19th century 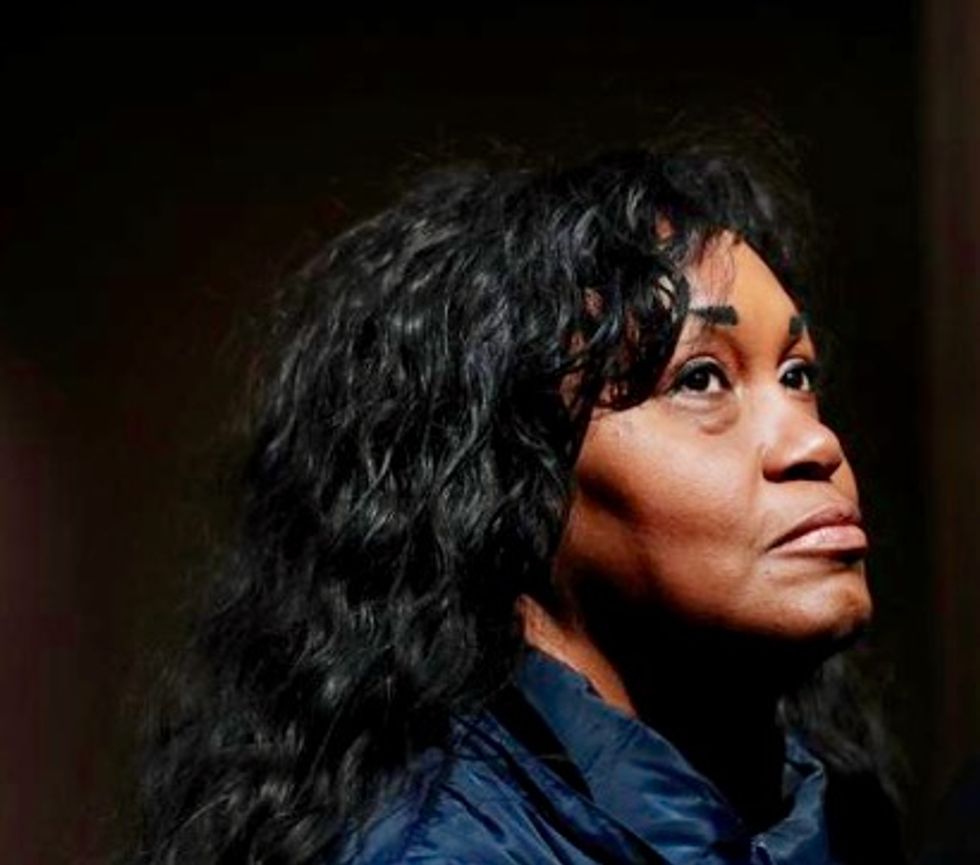 Tamara Lanier listens as her lawyer speaks to the media about a lawsuit accusing Harvard University of the monetization of photographic images of her great-great-great grandfather, an enslaved African man named Renty, and his daughter Delia, outside of the Harvard Club in New York, U.S., March 20, 2019. REUTERS/Lucas Jackson

A descendant of an American slave on Wednesday sued Harvard University to gain possession of photos of her great-great-great grandfather that the school commissioned in 1850 on behalf of a professor trying to prove the inferiority of black people.

The photos, depicting a black man named Renty and his daughter Delia, were taken as part of a study by Harvard Professor Louis Agassiz and are among the earliest known photos of American slaves. They are currently kept at the Peabody Museum of Archeology and Ethnography at Harvard’s Cambridge, Massachusetts campus.

A representative for Harvard declined to comment and said the university had not yet been served with the complaint.

Tamara Lanier of Norwich, Connecticut, who claims to be the great-great-great-granddaughter of Renty, accused Harvard of celebrating its former professor who studied “racist pseudoscience” and profiting from photos that were taken without Renty and his daughter’s consent.

“What I hope we’re able to accomplish is to show the world who Renty is,” Lanier said at a news conference in New York. “I think this case is important because it will test the moral climate of this country and force this country to reckon with its long history of racism.”

Agassiz encountered Renty and Delia when he was touring plantations in South Carolina for a research project sanctioned by Harvard that sought to support his view that black people were a different species, according to the lawsuit.

Lanier, who filed the lawsuit in Middlesex County Superior Court in Massachusetts, established her relationship to the photographed slaves with family oral history and genealogical information, her lawyers said. She previously asked the university to give her the photos, but Harvard refused, she said.

“By denying Ms. Lanier’s superior claim to the daguerreotypes, Harvard is perpetuating the systematic subversion of black property rights that began during slavery and continued for a century thereafter,” the complaint said, referring to an early form of photography.

In addition to gaining possession of the photos, Lanier is seeking compensation for emotional distress and Harvard’s acknowledgement that it was “complicit in perpetuating and justifying the institution of slavery.”

Harvard is the latest elite academic institution criticized for its failure to reckon with a racist past. In 2016, a member of Yale University’s kitchen staff shattered a stained glass window depicting slaves in a field, drawing national attention and overwhelming support from students who took up his protest against what they said was Yale’s implicit endorsement of a racist history.