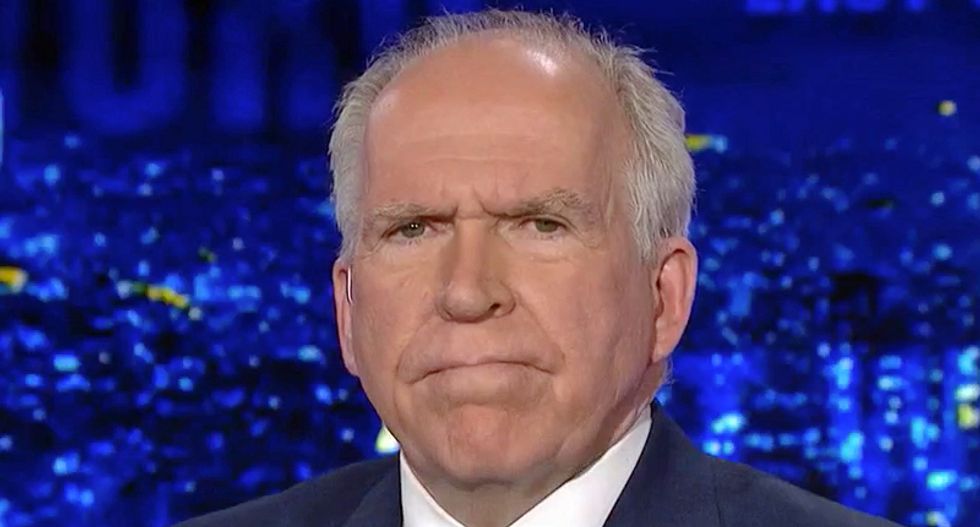 The former CIA director and constant Trump critic John Brennan explained why he didn't drift into obscurity after Donald Trump took office during a speech in Arizona Thursday.

"Some of you may have noticed that I did not ride off silently into the sunset," Brennan told a Tempe audience, per the Arizona Republic. "Sometimes my Irishness gets the better of me. I feel compelled to speak out and I will continue to speak out."

The report noted that the former CIA director, who left the CIA at the beginning of the Trump administration, never mentioned the president by name when making allusions to him during the speech.

In one instance, he described what authoritarian leaders do when they're unable to implement improvements in their countries.

"They try to just protect themselves and their base, and their constituents with corruption and nepotism," Brennan said. "They try to make sure they're able to hold on to power. They delegitimize the press. ... They tend also to try to eliminate the independence of the judiciary so they can control the mechanisms of power. That's the authoritarian's playbook."

Brennan has in the past criticized Trump for using "authoritarian" tactics to get his way, such as his government shutdown over border wall funding.