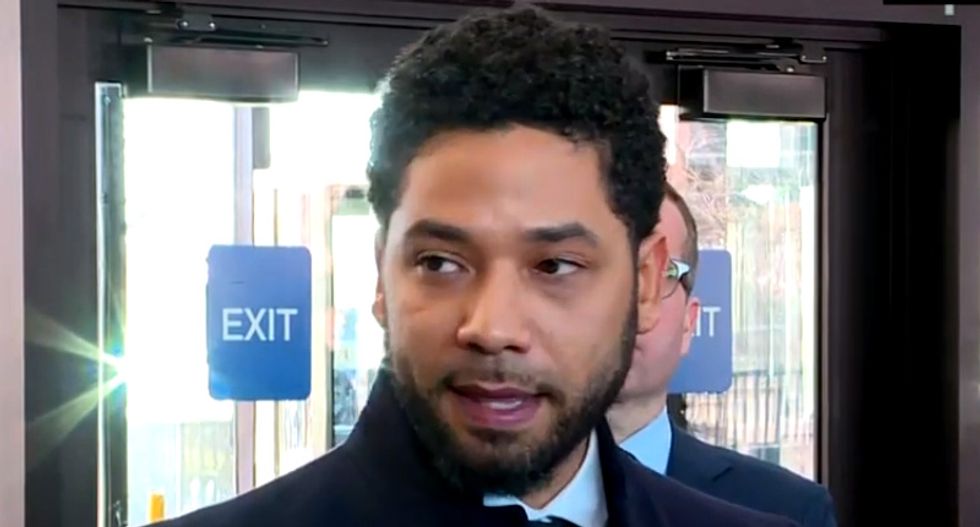 Jussie Smollett appeared before reporters shortly after Cook County prosecutors dropped all 16 charges against him Tuesday.

"I've been truthful and consistent on every single level since day one," Smollett said (video below). "This has been an incredibly difficult time, honestly one of the worst of my entire life."

He thanked his family and friends and "the incredible people of Chicago and all over the world who prayed for me."

"I'm a man of faith and one who has knowledge of my history" who would not have staged the attack. He also thanked God.

"I would like nothing more than get back to work and move on with my life," Smollett said.

Jussie Smollett's attorney Pamela Brown Holmes told reporters, "there is no deferred prosecution," and "the state dismissed the charges."

She also strongly and repeatedly suggested the Chicago Police Dept. not use the press to try people.

"Things seemed to spiral out of control," she says, but added she has "no idea what happened."

She noted prosecutors called Smollett a good citizen of Chicago.

Brown Holmes also said the check paid to the brothers was for nutrition and training, as Smollett had said.

"The two men who attacked him have indicated they attacked him," she said, speaking of the brothers who had confessed but said they were paid to do so.