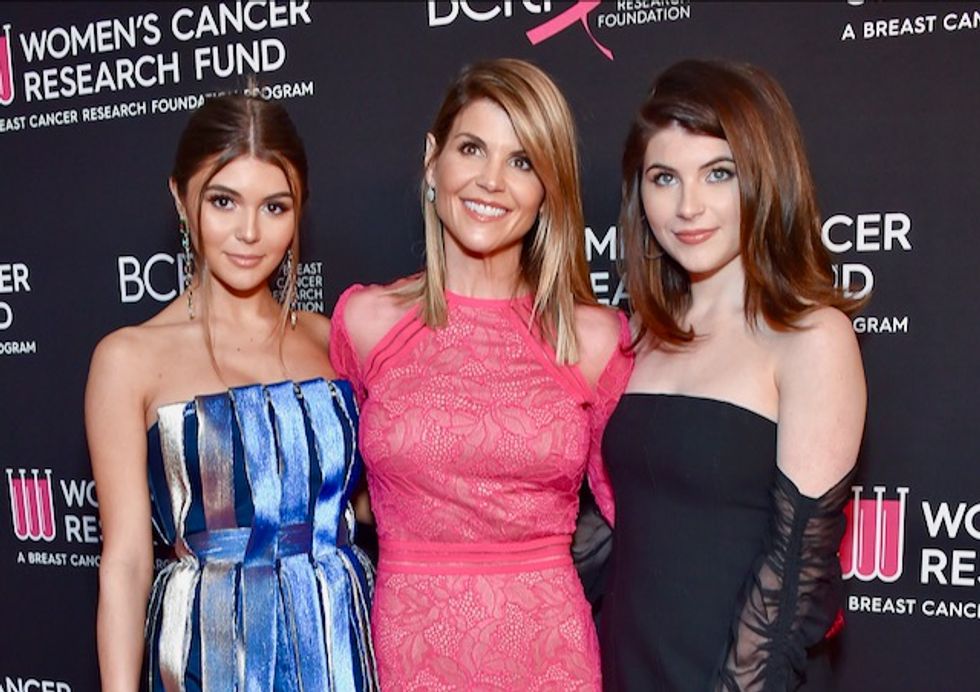 “Full House” actor Lori Loughlin and the former head of financial firm Pimco are due to face criminal charges on Wednesday related to a $25 million scheme to help wealthy Americans secure places for their children in top U.S. colleges.

The two are among 50 people charged for taking part in the largest such scam in U.S. history, which steered students into elite universities including Yale, Georgetown and Stanford by cheating the admissions process.

Loughlin was taken into custody by FBI agents in Los Angeles on Wednesday morning, Laura Eimiller, a spokeswoman for the Federal Bureau of Investigation, said. Former Pimco Chief Executive Douglas Hodge is due to be arraigned in federal court in Boston, officials said.

Another parent charged in the scheme, Manuel Henriquez, resigned as chief executive officer of the finance company Hercules Capital, the company said early on Wednesday.

The mastermind of the scheme, William “Rick” Singer, on Tuesday pleaded guilty to racketeering charges. Prosecutors in the U.S. attorney’s office in Boston say his company, Edge College & Career Network, amassed $25 million through the fraud.

Singer ended up cooperating with investigators last year, helping them record incriminating conversations he had with Loughlin, Henriquez and other parents.

The elaborate scheme involved bribing the administrators of college entrance tests to allow a child’s wrong answers to be corrected and bribing university athletic coaches to attest a child was a gifted athlete even if he or she was anything but.

In some instances, Singer helped doctor photographs to make a child appear athletic. Parents made their payments to a sham charity that Singer ran, prosecutors said, which also allowed them to make a fraudulent tax write-off. The sham charity, the Key Worldwide Foundation, purported to help provide an education to “underprivileged students.”

It was unclear how many children benefited from the scheme, though investigators said more parents and coaches may yet be charged. In telephone conversations intercepted by investigators, Singer brags he helped 760 students in just the first few months of 2018 and 96 the year before, while in other conversations he reassures parents that he has helped more than 20 or 30 other students cheat in recent years.

Loughlin is accused of paying Singer $500,000 to help cheat her daughters’ way into the University of Southern California (USC) by bribing rowing coaches at the school to pretend the girls were gifted rowers. Her husband, the designer Mossimo Gianulli, is also charged with fraud, and appeared in court in Los Angeles on Tuesday before being released on $1 million bail.

One of the daughters, Olivia Gianulli, has become a prominent influencer on social media under the name “Olivia Jade.”

“Officially a college student!” she captioned an Instagram photograph she posted in September, which showed her in her USC dorm room decorated with items she had ordered from online retailer Amazon, which paid her for the post.

Representatives of accused parents either declined to comment or did not respond to inquiries. Several of the coaches accused of accepting bribes have been fired, placed on leave or have resigned.