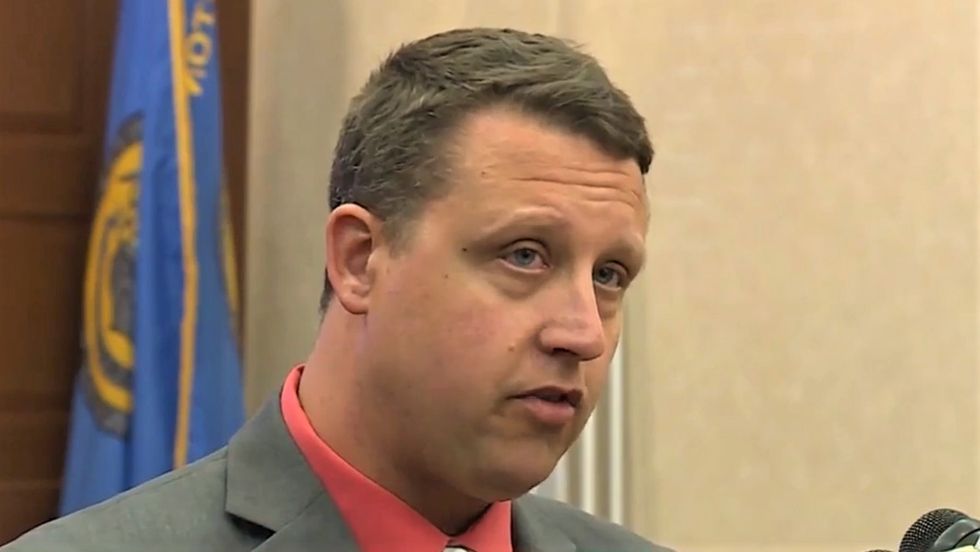 Shane Bouchard, the mayor of Lewiston, Maine, has resigned after leaked text messages revealed he made racist and sexist jokes that he made to a woman with whom he allegedly had an affair.

The trouble for Bouchard began when Heather Berube, a former campaign staffer for former Democratic mayoral rival Ben Chin, came forward and claimed that she had given Bouchard's campaign access to Chin's emails during their race in 2017. Additionally, Berube claimed that she'd had an affair with Bouchard and she also shared text messages he sent that were filled with racist and sexist jokes.

"In recent days, Berube has publicized screenshots of text messages with Bouchard, including one in which he shares a racist joke that he has admitted to, asking her what 'you call 2 old black people sitting on your front lawn,'" reports the Bangor Daily News. "The punchline was 'antique farm equipment.'"

Bouchard admitted to making the racist joke and added that he's made "many mistakes" during his political career. He also complained bitterly about "a political culture where the media does not discriminate between facts and rumors."