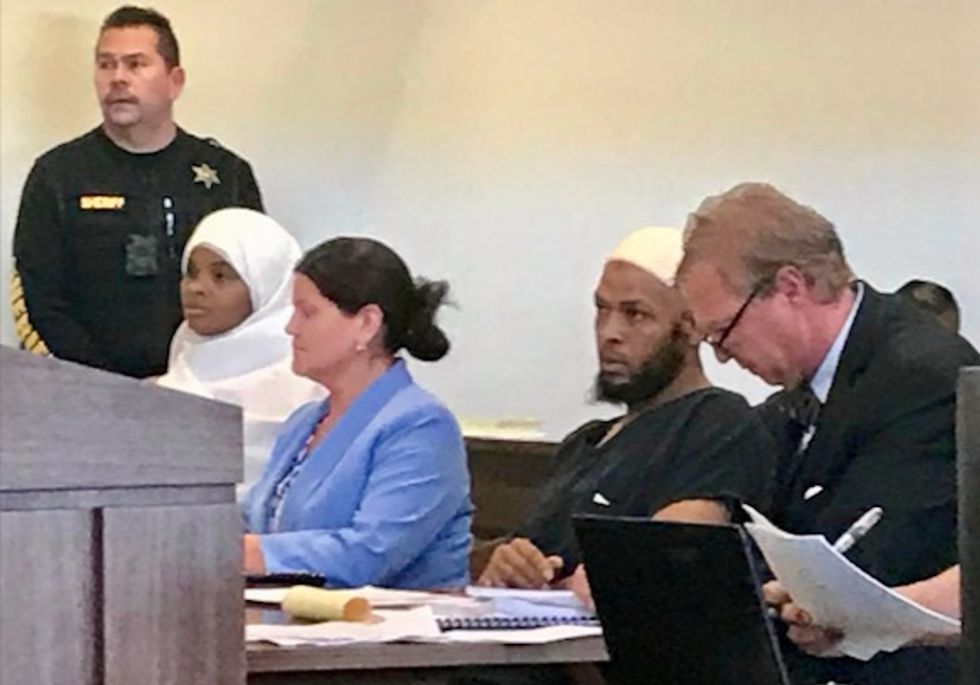 Five people arrested last August at a New Mexico compound where the body of a toddler was found pleaded not guilty on Thursday to federal terrorism charges their lawyers say were brought largely because they are Muslims.

They have been in federal custody since August on separate charges filed following a police raid on the remote compound where they lived with 11 children.

“They’re innocent, they plead not guilty and we probably wouldn’t be in this position if they weren’t Muslims,” said defense attorney Amy Sirignano by phone.

The case gained significant attention after Taos County Sheriff Jerry Hogrefe said the group were “extremist of the Muslim belief” and prosecutors accused them of training two teenage sons to carry out school shootings.

Prosecutors have said the 3-year-old boy found buried at the camp, the son of Siraj Ibn Wahhaj, died in a ritual to “cast out demonic spirits,” and his extended family believed he would “return as Jesus” to identify corrupt targets for them to attack.

Results of the boy’s autopsy have yet to be made public.

All, except Ibn Wahhaj, are charged with the kidnapping of the boy resulting in his death and could face the death penalty, said Sirignano.

Under federal law, parents cannot be charged with kidnapping their own children within the United States, she said.

The five initially faced state child abuse charges, but that case was dismissed when prosecutors missed a procedural deadline.

Defense attorneys said the group were exercising their rights to teach their children how to shoot, practice their religion and live “off-the-grid.”

“This case is about freedom of religion, freedom of association and the right to bear arms,” defense lawyer Billy Blackburn told reporters.