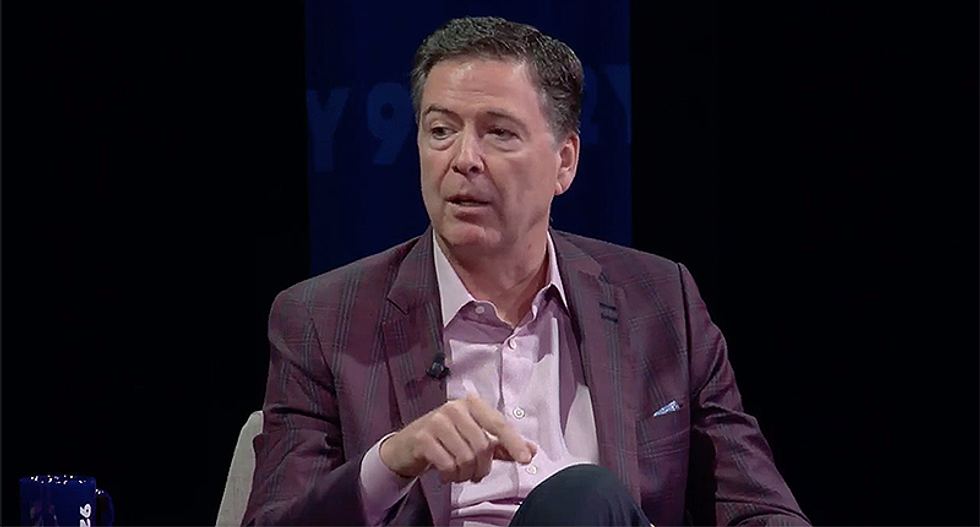 Former FBI Director James Comey said that providing the full information about a completed investigation has long been part of what the Justice Department did when it came to an end. If new Attorney General Bill Barr refuses to be transparent about special counsel Robert Mueller's findings, he would be not only breaking the precedent but also his promise of transparency.

In a Washington Post op-ed, Comey said: "past departmental practices suggests he can release far more details than many people may now realize."

These things don't happen often, Comey said, because typically privacy of innocent subjects in an investigation is protected. But when it comes to "matters of national importance," a report that lays out the facts is probably "the only way to advance the public interest."

He recalled the 2014 Justice Department investigation into the police shooting of Michael Brown in Ferguson, Missouri. The department refused to bring charges, but they released an 86-page report about the investigation, what was done, what the findings were. The same happened when the Department of Justice investigated the IRS after conservatives said they were targeted for breaching non-partisan laws regulating the political activity of charities with tax-exempt status. A report was provided to Congress in that case as well.

"These cases represent the way the Justice Department has always approached its mission — speak only in prosecuted cases unless the public needs to know," Comey wrote.

"But Republicans are wrong now when they claim Justice Department rules forbid transparency about the completed work of the special counsel," the former FBI director continued. "It is hard to imagine a case of greater public interest than one focused on the efforts of a foreign adversary to damage our democracy, and in which the president of the United States is a subject."

He said he's unsure of what all will go into the decision-making process for the attorney general, but it's essential he consider "guidelines and routines."

"Don’t listen to those who tell you transparency is impossible," he closed. "Every American should want a Justice Department guided first and always by the public interest. Sometimes transparency is not a hard call."