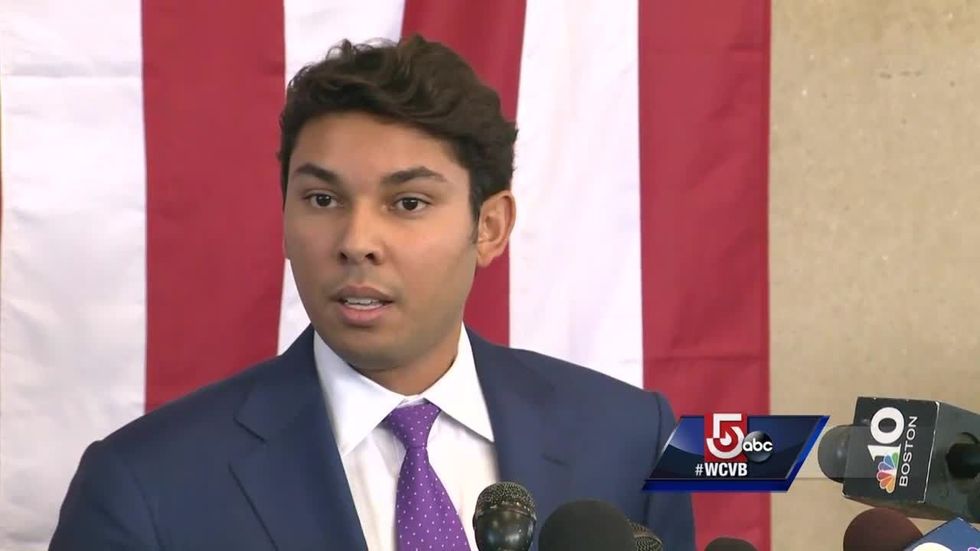 When the U.S. attorney perp-walked Jasiel Correia II last October, after delivering an indictment alleging that the young mayor of Fall River, Massachusetts, had defrauded investors in his software company and spent hundreds of thousands of dollars on luxury cars, adult entertainment and paying down his student loans, his political career seemed doomed.

Sure enough, the city council quickly demanded Correia's resignation and declared “no confidence” in his leadership. Last Tuesday, 61 percent of Fall River voters agreed, and ousted the 27-year-old mayor in an election that combined a recall vote with a new mayoral race.

But even while Correia lost the first vote, he won the second. That’s right: Correia was recalled and then re-elected on the same day, barely outpacing a five-candidate field.

How could the same voters remove the mayor and then put him right back in office? It’s not the voters’ fault. Our winner-takes-all, plurality elections are to blame. And in Fall River last week, that system overrode the clear wishes of the citizens, allowed the mayor to remain in office while fighting more than a dozen counts of wire fraud and tax evasion -- and provided yet another example of why we need ranked-choice voting.

Correia’s opponents collected more than 6,000 signatures to force the recall vote, which the mayor then lost by nearly 3,000 votes. Then more than 8,100 Fall River residents voted for another candidate in the second part of Tuesday’s election.

But 35 percent of voters stuck with the embattled mayor, and the other 65 percent scattered their votes between four other candidates. Correia won a 35 percent plurality. His closest opponent, council member Paul Coogan, fell just short with 33.6 percent, and three others divided the remainder.

Ranked-choice voting, or RCV, would have allowed the wishes of the majority to prevail. RCV simulates an instant runoff and ensures that the winner of an election has the support of at least 50 percent. Voters simply put their choices in order, something that comes naturally to us all when ordering ice cream or pizza toppings. If no one finishes the first round with more than 50 percent, the candidate with the fewest votes is eliminated and second-choice votes come into play. The process continues until someone wins a true majority.

It’s easy, relatively common around the world, and growing in popularity here at home. Maine uses RCV to elect its members of Congress, and several Massachusetts cities and towns have adopted it as well. Voter Choice MA has led a growing movement to adopt it statewide.

The advantages are clear. If Fall River used RCV, for example, voters would have been able to listen to all five candidates for mayor, consider every option, and cast a ballot without having to worry about any candidate playing the spoiler. After all, a city election like this ordinarily lacks public opinion polls; citizens had no real way to know which of Correia's was likely to be the strongest. If a majority wanted someone other than the incumbent, a majority could have actually made that happen. On the other hand, if Correia had been the second choice of enough voters, he would have been returned to office with majority support and been able to move forward and unify the city.

Last November in Maine, Rep. Bruce Poliquin, a Republican, congressman faced a Democratic challenger, a Green Party candidate and another independent. While Poliquin collected the most first place votes, he did not cross the 50 percent threshold. So the last-place candidate was eliminated, and in the second round, a majority of voters backed the Democrat, Jared Golden. (After some legal wrangling, he became the first-ever member of Congress elected with second-choice votes.) With RCV, Mainers were able to vote for the candidate they wanted most, without fear that they might accidentally elect the candidate they liked least.

Plurality voting methods often backfire when multiple candidates seek the same office. In Massachusetts last fall, Lori Trahan captured the Democratic nomination in the 3rd congressional district with just 21 percent of the vote. That victory in a deep blue district essentially made her the congresswoman-elect, despite the fact that nearly 80 percent of voters preferred someone else as their first choice.

Just imagine if Democrats used RCV to select the party’s presidential candidate. There could be more than 20 prominent Democrats seeking the nomination; it’s easy to imagine the result being similar to that Massachusetts primary, with Joe Biden or Bernie Sanders winning the nomination but without a unified party behind them.

Ranked choice gives voters more power. It eliminates spoilers, encourages broader debate, and ultimately produces a winner with the broadest support. Plurality elections, like the one last week in Fall River, tend to produce winners with the passionate backing of a small but intense base. Our politics needs more debate, but also more consensus. Ranked choice makes all that possible. After all, we don’t say “plurality rules.” In a democracy, the majority should rule. The anti-democratic results from Fall River make the case for reform even clearer.