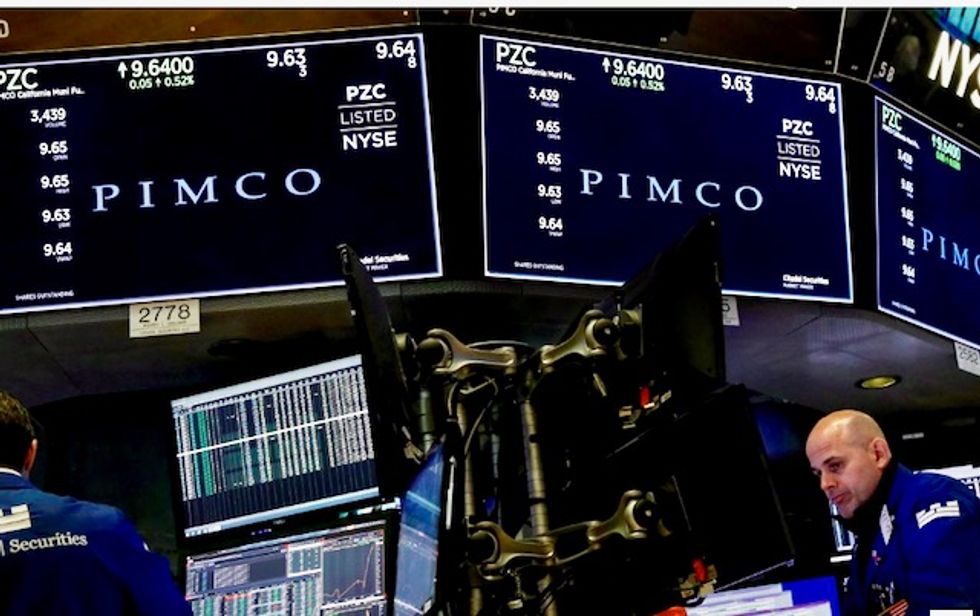 The figure at the center of the U.S. college cheating scandal spoke twice in the past decade at events hosted by Pacific Investment Management Co (Pimco), one of the world’s largest asset managers whose former chief executive is ensnared in the fraud, the company said on Friday.

“We have no information at this time, however, to indicate Pimco employees acted improperly in their private capacity,” Pimco said.

“Any such relationships with Mr. Singer are entirely the private affairs of individuals. However, Pimco holds its employees to the highest ethical standards, so any employee found to have engaged in fraud or any illegal activity would have no place at the firm,” the firm said.

Singer, who last addressed a Pimco event in 2015, is accused by federal authorities of bribing athletic coaches and arranging for phony test-takers to secure clients’ children spots at elite universities. One of the parents accused of paying Singer in the alleged scheme is Douglas Hodge, Pimco’s former CEO, who left the company in 2017.

On the menu at a UK restaurant: carbon footprint

The menu at The Canteen in southwest England doesn't just let diners know how much a dish costs. They can also check its carbon footprint.

The carrot and beetroot pakora with yoghurt sauce is responsible for just 16 grams of CO2 emissions. The aubergines with a miso and harissa sauce with tabbouleh and Zaatar toast caused 675 grams of carbon dioxide.

A grand jury in Mississippi declined to indict a white woman whose accusation that Black teenager Emmett Till propositioned her in 1955 led to his abduction and murder, which helped sparked the civil rights movement, a prosecutor said Tuesday.

The grand jury decided after seven hours of deliberation that there was insufficient evidence to indict Carolyn Bryant Donham, who was 21 at the time of Till's killing, of complicity in his kidnap and murder, Dewayne Richardson, the prosecutor for Leflore County, said in a statement.

Makayla Cox, a high school student in the US state of Virginia, thought she was taking medication that her friend had procured to treat pain and anxiety.

Instead, the pill she took two weeks after her sixteenth birthday was fentanyl, a synthetic opioid 50 times more potent than heroin. It killed her almost instantly.