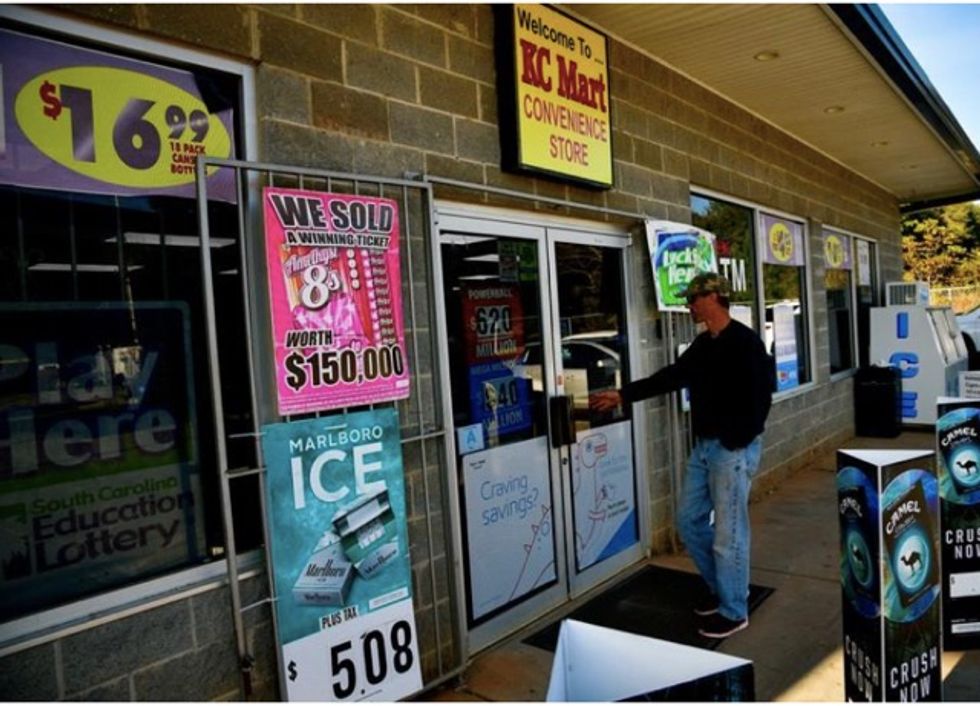 The victorious player has opted not to be publicly identified, with lottery officials describing the winner only as a “South Carolinian.”

But in a fortuitous gesture recounted by lottery officials, the lucky contestant had allowed a fellow customer at the KC Mart to jump ahead in line to buy a ticket just before the winning ticket was sold.

“A simple act of kindness led to an amazing outcome,” at the commission said in a statement announcing that a winner had come forward.

The buyer of the winning ticket beat the odds of 1 in 303 million to win the drawing for a grand prize of $1.537 billion, just short of a word record Powerball jackpot of $1.586 billion in January 2016.

But the cash option payment chosen by the South Carolina Mega Millions winner amounts to a lump-sum total of $877,784,124 - the largest jackpot payout to a single winner in U.S. history, the state lottery commission said.

The winner could otherwise have elected to accept the full amount of the jackpot paid out in installments over 29 years.

The KC Mart in Simpsonville will receive a $50,000 prize for selling the claimed lucky ticket, and the state of South Carolina stands to collect $61 million in income taxes from the winner.

The triumphant Mega Millions contender has retained a New York lawyer, Jason Kurland, who specializes in representing lottery winners, and a news conference is to be held following completion of the payment process in the near future, the commission said. Kurland could not immediately be reached for comment.

In the four days leading up to the drawing, about 370 million of the $2 Mega Millions tickets were sold in 44 U.S. states, the District of Columbia and the U.S. Virgin Islands.

In South Carolina, state lawmakers have appropriated more than $5.4 billion in lottery proceeds for education since its inception there in 2002.