‘They took it for a joke’: White students spew racial slurs after civil rights lesson goes off the rails 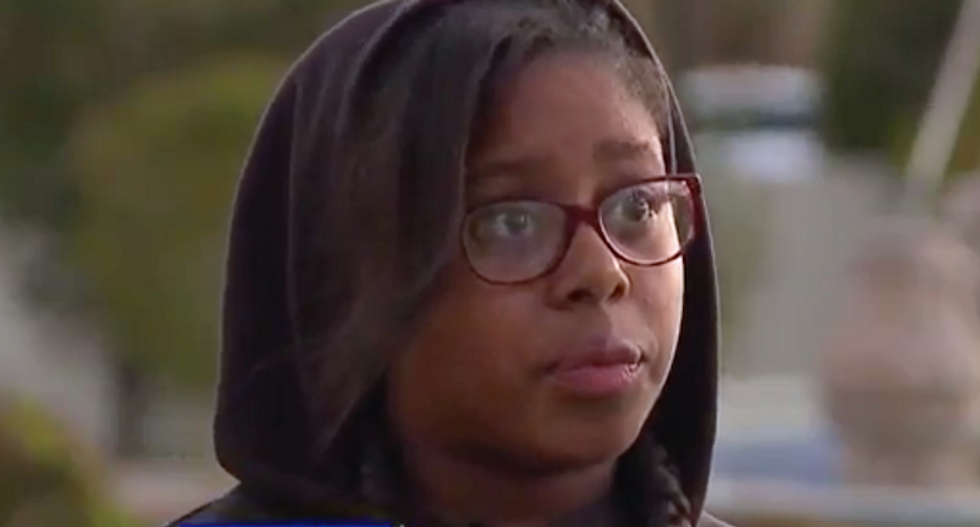 A teacher at Mountainside Middle School in Scottsdale told students about a 1957 incident at a school involving a black student and a white student, and the lesson included quotes from primary sources that used the N-word, reported KNXV-TV.

The lesson was intended to teach how and why the racial slur is so offensive, and the principal said the teacher spent a great deal of time setting up the lesson so student were prepared for the quotes.

But the teacher's efforts backfired when some of the white students in the class started flinging around the slur, which was recorded on video that has circulated among students.

“Everybody saw it,” said Essence Winters, an eighth-grader who has another teacher for social studies. “They took it for a joke. They thought it was okay for them to say it, like the one opportunity that they had, and all around my school, I hear people throwing out the word like it is okay -- and it’s not.”

The teen said many white classmates routinely use the racial slur on social media or when quoting from rap songs.

The school's principal said the lesson would be changed, and the teacher and school administrators have apologized for using quotes that included the racial slur -- which parents say went badly wrong.

“Did they really effectively learn the lesson, or did they just make a mockery of something?” said Eshekiah Herron, Essence’s mother.

Herron said students must learn the context of the racial slur's past use, and she said black students should be taken into consideration when planning lessons about racism.

“This is a place of learning, not a place where kids should feel humiliated or hurt after a lesson has been taught,” she said.

Essence said she was embarrassed by the lesson, which she then had to explain to a classmate.

“One of my friends was like, 'Why are you making such a big deal out of this?'” Essence said. “I was like, ‘How do you not understand that this is a problem?'"