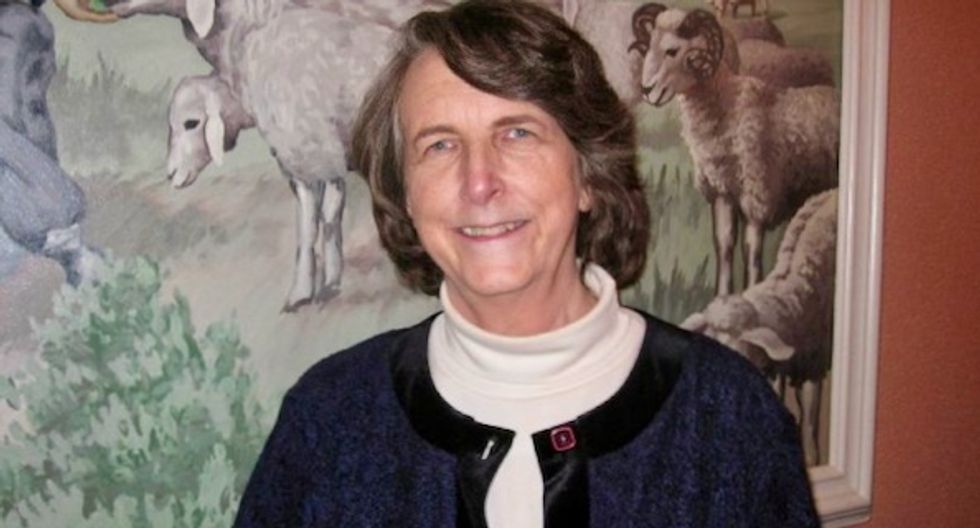 A longtime Tea Party Republican politician now running in a special election for the open U.S. House seat for North Carolina has a long history of anti-LGBT animus and spreading lies about gay people.

"Love the sinner but hate the sin seems appropriate," Shubert's 2004 campaign website stated. "Unfortunately, some believe sin is old fashioned and want everyone to condone a lifestyle that history shows is destructive."

Shubert, who has served in both chambers of the North Carolina state legislature, also likened gay people to pedophiles.

"After what happened in the Catholic Church, it amazes me that anyone can keep a straight face when suggesting that the Boy Scouts should accept homosexual scoutmasters and parents should ignore homosexual recruitment," she says in that campaign website. "NAMBLA has made their interest in child abuse quite evident. If the press were not so supportive of 'gay rights,' more people would recognize the hidden agenda."

Gay people have no "hidden agenda" and are not more likely to be pedophiles than straight people.

"The government's attack on traditional families is already reflected in rising crime rates," she wrote in a section titled "Same-Sex Marriage."

"Anyone who cares about the future should seek to structure a society that provides the best environment for raising children, and that is the traditional two parent family."

Shubert also likened the "Democrat" party to the Taliban, which is false on its face.