‘I can land the plane’: Rod Rosenstein pleaded to keep his job – insisted he gave Mueller investigation ‘credibility’ 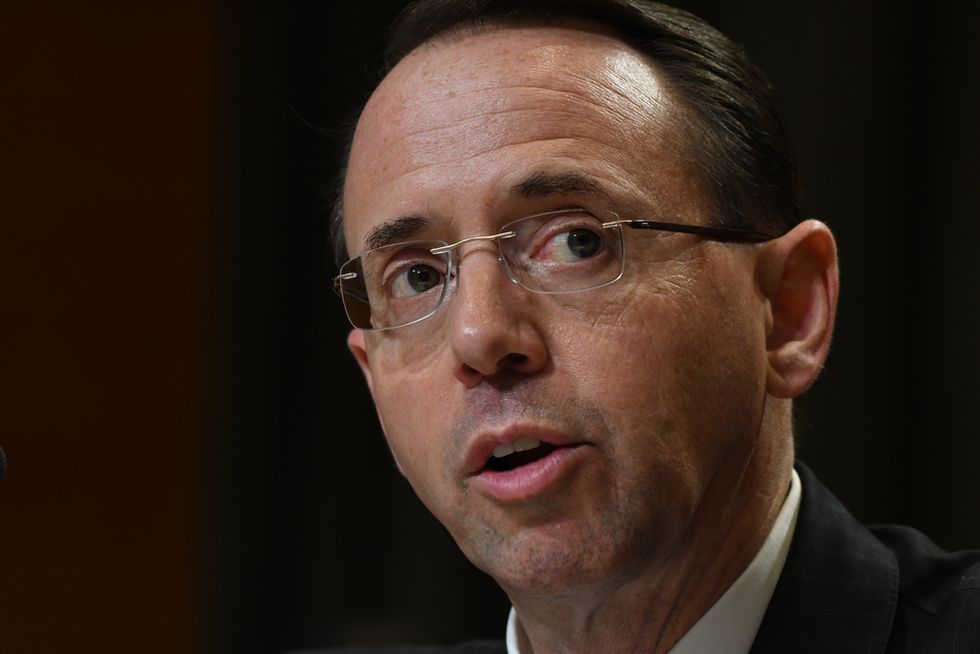 Rosenstein was fighting to keep his job, as many media reports showed at the time.

The Post reports a "teary-eyed" Rosenstein "sought to defuse the volatile situation and assure the president he was on his team."

It is not the job of any Dept. of Justice employee to be on any president's "team."

Rosenstein told Trump, “I give the investigation credibility.”

Thursday night in his first public remarks since the Mueller report was released Rosenstein delivered a stunningly partisan speech in which he attacked former President Barack Obama and praised Republicans, including President Donald Trump.