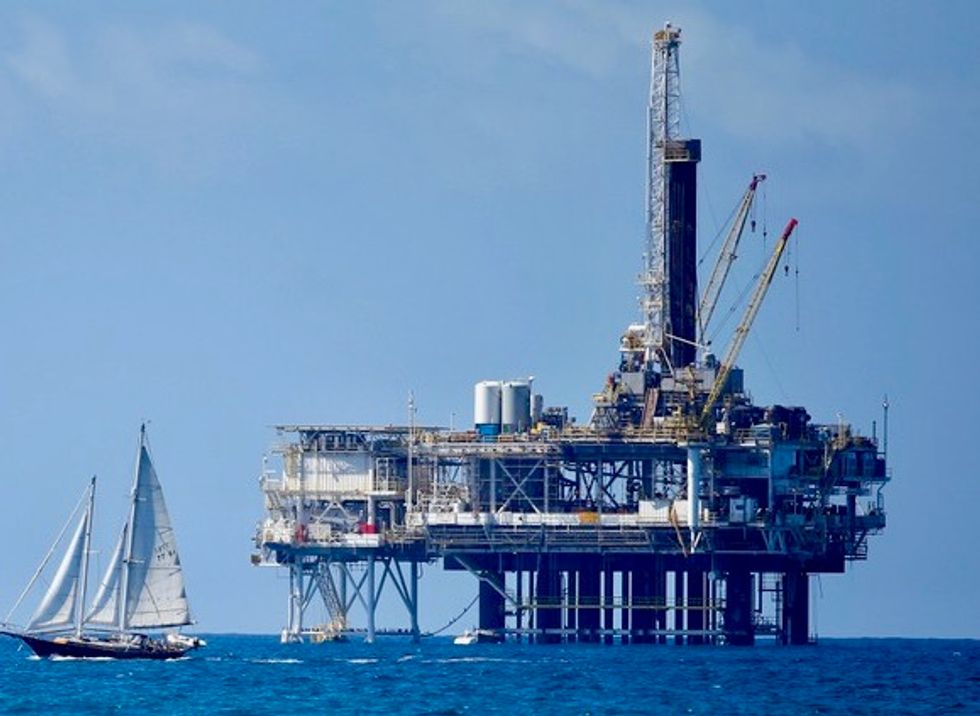 The Trump administration’s push to boost fossil fuel extraction has received a major setback. On March 29, Judge Sharon Gleason of the U.S. District Court for Alaska ruled invalid Trump’s order lifting a ban on oil and gas drilling in much of the the Arctic Ocean and along parts of the North Atlantic coast. Gleason held that the relevant law – the 1953 Outer Continental Shelf Lands Act – authorizes presidents to withdraw offshore lands from use for energy development, but not to reverse such decisions by past administrations.

If this ruling is upheld on appeal, it would bolster lawsuits contesting another controversial action by President Trump: Removing some 2 million acres from the Bears Ears and Grand Staircase-Escalante national monuments in Utah, which were created by Presidents Obama and Clinton respectively under the Antiquities Act of 1906.

As scholars of environmental and natural resources law, we believe that in both instances, the Trump administration has misconstrued statutes as affording it powers that Congress never gave to presidents. 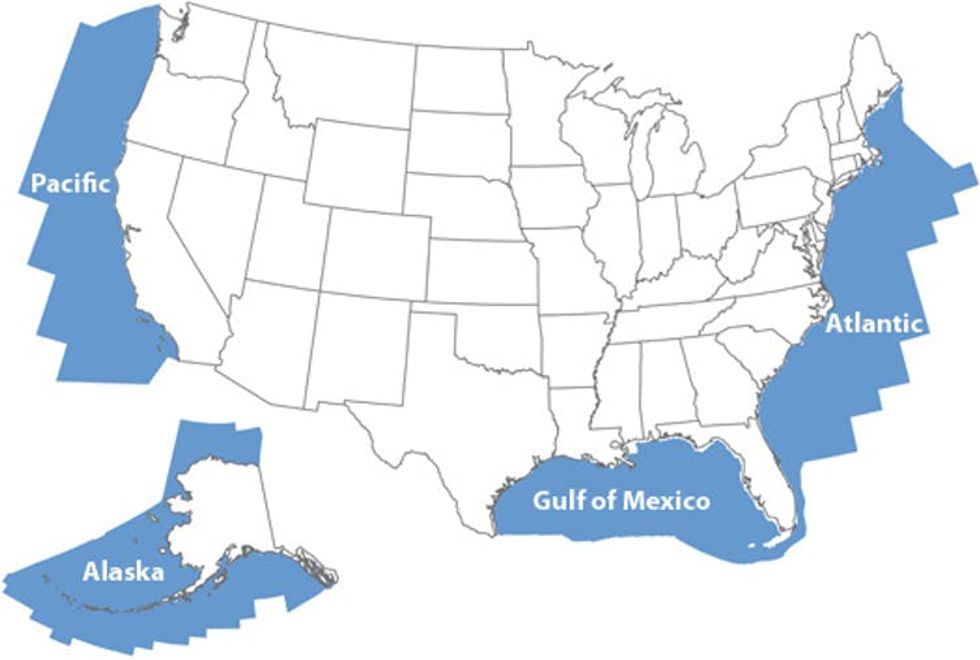 Congress passed the Outer Continental Shelf Lands Act to establish U.S. jurisdiction over this region, which begins three miles offshore and extends for several hundred nautical miles. The law recognizes that the outer continental shelf “is a vital national resource reserve … which should be made available for expeditious and orderly development, subject to environmental safeguards.”

Most recently, President Obama permanently withdrew some 3.8 million acres in the Atlantic Ocean and 120 million acres in the Arctic Ocean. Obama’s order barred mineral exploration or production in 26 canyon complexes in the Atlantic from Virginia to Canada, protecting vital habitat for marine mammals, deep water corals and other vulnerable wildlife. The Arctic withdrawal banned leasing along much of the northern Alaska coast, which is home to endangered polar bears and bowhead whales, and is one of the planet’s most productive ecosystems.

In April 2017, however, President Trump issued an order revoking Obama’s withdrawals. Environmental organizations immediately challenged Trump’s action, arguing that section 12(a) only authorizes a president to remove lands from development, not to put them back in, and that prior withdrawals could only be revoked by Congress. 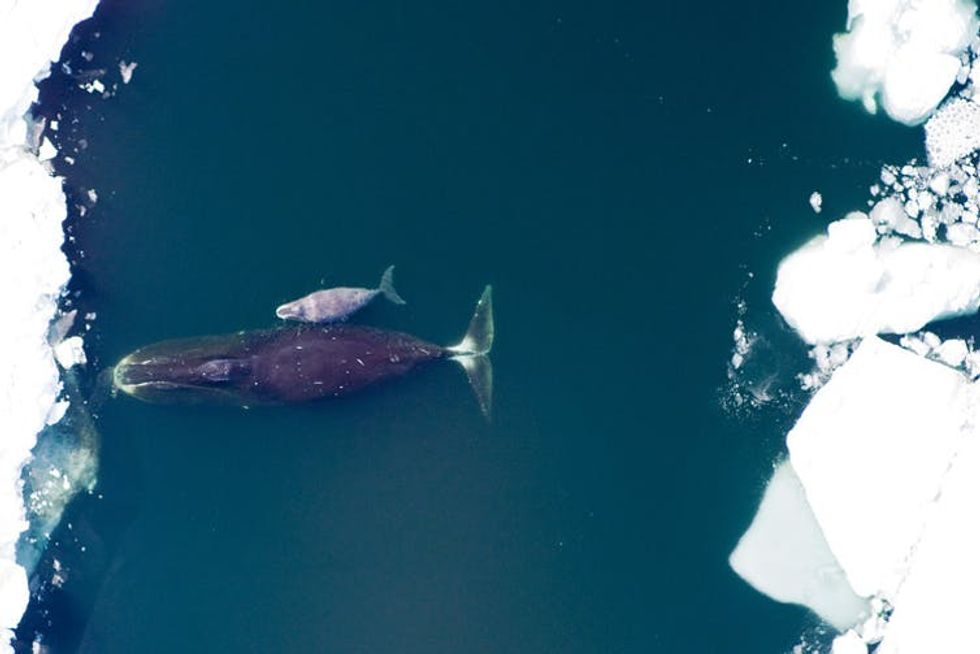 The limits of presidential power

Like the Outer Continental Shelf Lands Act, the Antiquities Act authorizes the president to reserve public lands to shield them from drilling and mining. The Antiquities Act authority extends to lands “of historic or scientific interest,” which may be reserved as national monuments. But in 2017, Trump announced that he was shrinking the Bears Ears National Monument by 85% and Grand Staircase-Escalante by about 50%. Months later, the Interior Department released a management plan that opened up much of this land for mining, energy development and other extractive uses.

In her ruling on offshore drilling, Judge Gleason noted that for almost a century, executive branch interpretations have recognized that executive authority to revoke reserved areas must be explicit. In other words, legal advisers have said for decades that presidents can only open up lands for development if the relevant law explicitly gives them that power. Laws such as the Forest Service Organic Act of 1897 provide both withdrawal and revocation authority.

Nonetheless, the government argued that interpreting section 12(a) to bar presidential revocations could allow a president to withdraw the entire outer continental shelf from mineral development, leaving future presidents helpless to do anything other than plead to Congress to undo such action. Judge Gleason responded that past attorneys general have recognized that Congress has previously authorized one president “to tie future Presidents’ hands.” She relied mainly on a 1938 attorney general’s opinion which interpreted the Antiquities Act to preclude presidential revocation of monument designations.

In response, the Trump administration contended that the Antiquities Act was designed to support conservation, while the Outer Continental Shelf Lands Act was partly written to promote leasing for extracting natural resources, such as oil and gas. Therefore, federal lawyers asserted, allowing President Trump to revoke President Obama’s withdrawal of offshore lands aligned well with the purposes of the Outer Continental Shelf Lands Act, but not the Antiquities Act.

Judge Gleason rejected this argument as applied to the Outer Continental Shelf Lands Act. Her opinion makes the argument for presidential revocation power even weaker under the Antiquities Act because of its sole focus on conservation.

Disdain for the law

On the environment and many other issues, we believe that President Trump and his top officials have shown a marked disregard for the idea that government officials are subject to the law and bound to adhere to it. When their actions have been challenged in court, they have suffered a stunning and ongoing wave of judicial rebukes.

In some cases, such as Trump’s effort to restart work on the Keystone XL Pipeline after Obama halted the project, these shifts ignored evidence supporting the initial actions. In others the government failed to justify its decision to reverse them. And in rulings like Judge Gleason’s, courts have rejected the administration’s efforts to interpret statutes as vesting more power in the executive branch than they actually do.

Congress and the courts have long required executive officials to be transparent and provide reasonable explanations for their decisions, based on relevant statutory factors. Ignoring these requirements may be expedient, but as long as courts perform their assigned oversight role seriously, it will be a losing and counterproductive strategy.

It is a question I often hear people ask during conversations about the rise of Adolf Hitler: If I had been alive in Germany when the Nazis took power, would I have had the courage to side against them?