Dozens of whistleblowers inside Trump administration reported working with Democrats 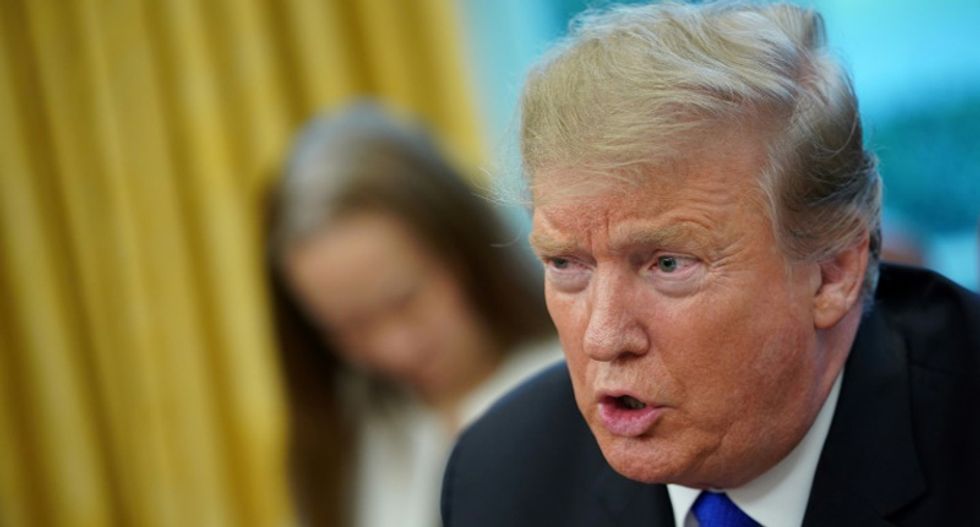 Dozens of whistleblowers who currently or previously worked in the Trump administration are reportedly cooperating in secret with House Democrats investigating the president.

One whistle-blower, Tricia Newbold, told Cummings' committee earlier this week that more than two dozen denials of security clearances for officials like Jared Kushner and Ivanka Trump were overturned by Trump political appointee Carl Kline. After her testimony, Newbold simply went back to her desk at the White House Personnel Security Office, the New York Times reported. Newbold, who has a rare form of dwarfism, previously filed a complaint accusing Kline of retaliating against her by intentionally moving office files to a shelf that was deliberately out of her reach and suspending her for two weeks.

Newbold is just one of a “small army” of career officials inside the federal government who has secretly been working with the Oversight Committee to report alleged misconduct inside Trump administration, according to committee aides.

“The biggest difference wasn’t necessarily us switching to the majority; the biggest difference was Donald Trump being elected president,” a Democratic aide told the Atlantic, adding that whistle-blowers began coming forward right after Trump took office, beginning with allegations that then-National Security Adviser Michael Flynn was texting his business partner about a plan to work with Russia to build nuclear reactors in the Middle East during Trump’s inauguration.

Unlike Newbold, other whistleblowers have come forward on the condition that they can remain anonymous. A “handful” of them have been people who work directly inside the White House, aides said.

“Committee staff have spoken with other whistle-blowers who corroborated Ms. Newbold’s account, but they were too afraid about the risk to their careers to come forward publicly,” the Oversight Committee said in a memo after Newbold’s testimony.

According to committee aides, the number of tips to the panel has increased from three to four per week prior to the midterm elections to around five and as many as 15 per week since Democrats won back the House.

“I’ve never seen this many whistle-blowers reporting waste, fraud, and abuse, and just general concern,” an aide told the Atlantic. “On the flip side of that, I’ve also never seen whistle-blowers so afraid of what could happen to them if somebody finds out who they are.”

Newbold confirmed to the committee that she was “terrified” of going back to work after coming forward.

“I’m terrified of going back. I know that this will not be perceived in favor of my intentions, which is to bring back the integrity of the office,” she said.

Cummings on Tuesday praised Newbold for coming forward and vowed to protect those who come forward from retaliation.

“She’s scared. She’s small in stature and she’s already seen what is going on in the White House. She was scared to death. And she was afraid, sadly, of our Republican colleagues,’ Cummings said, adding, “I will protect whistle-blowers. Period.”