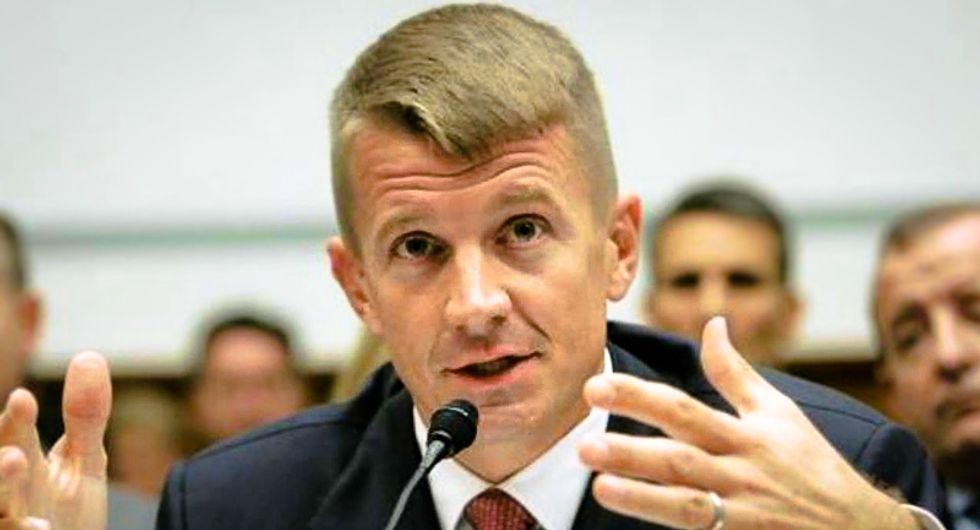 Prince met with Kirill Dmitriev, the head of Russia's sovereign wealth fund and a key ally of Vladimir Putin, nine days before Donald Trump was inaugurated. The get-together occured in the Seychelles islands.

Prince may have told three distinct lies about the rendezvous.

"Prince later told congressional officials examining Russia’s interference in the presidential election that the meeting happened by chance and was not taken at the behest of the incoming administration — testimony that congressional Democrats now think was false," The Post explained. "Prince told special counsel Robert S. Mueller III’s investigators a version of the Seychelles meeting that is at odds in several key respects with his sworn testimony to the House Intelligence Committee in November 2017."

Prince is the brother of Betsy DeVos, the controversial Education Secretary.

"As lawmakers absorb the Mueller report and plan their next steps, congressional officials said they are considering whether the discrepancies are egregious enough to refer the matter to the Justice Department to pursue possible perjury charges against Prince," the newspaper reported.

The question of whether the meeting happened by chance or was arranged beforehand is not the only potential lie Prince told Congress.

"Prince told Congress that he was not acting as a representative for the Trump transition team or the campaign when he met with Dmitriev. That also appears to be false," The Post noted.

“According to [George] Nader, Prince had led him to believe that [Trump adviser Stephen K.] Bannon was aware of Prince’s upcoming meeting with Dmitriev, and Prince acknowledged that it was fair for Nader to think that Prince would pass information on to the Transition Team,” Mueller wrote in his report.

The number of meetings is another potential lie.

"Prince also told Congress that he met only once with Dmitriev. In fact, they met twice, first in Nader’s villa at the Four Seasons Resort for about 30 to 45 minutes, Mueller found. Prince didn’t disclose that initial meeting to Congress," The Post noted.