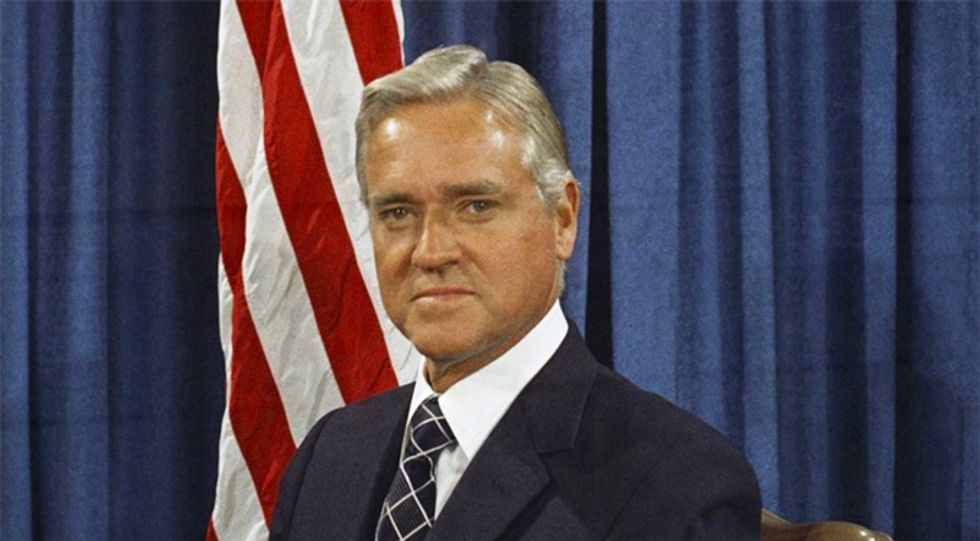 According to the Post Courier, former South Carolina Democratic Senator Ernest F. ‘Fritz’ Hollings has passed away at the age of 97.

A statement from his family reads, "Our father, Fritz Hollings, was dedicated to his family, the United States Senate and the people of South Carolina. He was a hero for us and millions of Americans. While we are heartbroken, we hope that in the coming days and weeks as we celebrate our father’s life, all South Carolinian’s will be reminded of his service to our state and nation.”

Hollings, who also served as governor in a career that lasted for decades ,was a tireless advocate for civil rights in an era where it was a difficult postion to take in the south.

As the courtier notes, "Hollings steered South Carolina through the civil rights era, established a program to feed poor pregnant women, enacted legislation to protect the environment and brought home millions of dollars as he also fought to balance the federal budget."

You can read more about him here.

Million MAGA March speaker: 'We will not stop until The Handmaid's Tale is a reality -- and even worse than that'

In a video clip captured by Right Wing Watch, the host of the Red Elephant podcast, who spoke at the so-called "Million Maga March" in November of 2020, promised his followers that he and his followers will make the dystopian "Handmaids Tale" novel by Margaret Atwood a reality in the wake of the Supreme Court's 6-3 Dobbs ruling overturning Roe v Wade..

As the ADL reported, Vincent James was one of the many speakers at the event in Washington, D.C, where "Attendees and speakers, including a number of extremists, expressed support for President Trump, who continue to insist, without evidence" that the 2020 election was stolen.

WASHINGTON, D.C. — Rep. Pete Aguilar (D-CA) told Raw Story on Tuesday ahead of the House Select Committee hearing that the importance of the immediacy will become very clear after the members meet.

"We felt it was important at the time, I think people will have a better understanding after the hearing," he said. "But we felt it was timely and important to have this done right now."