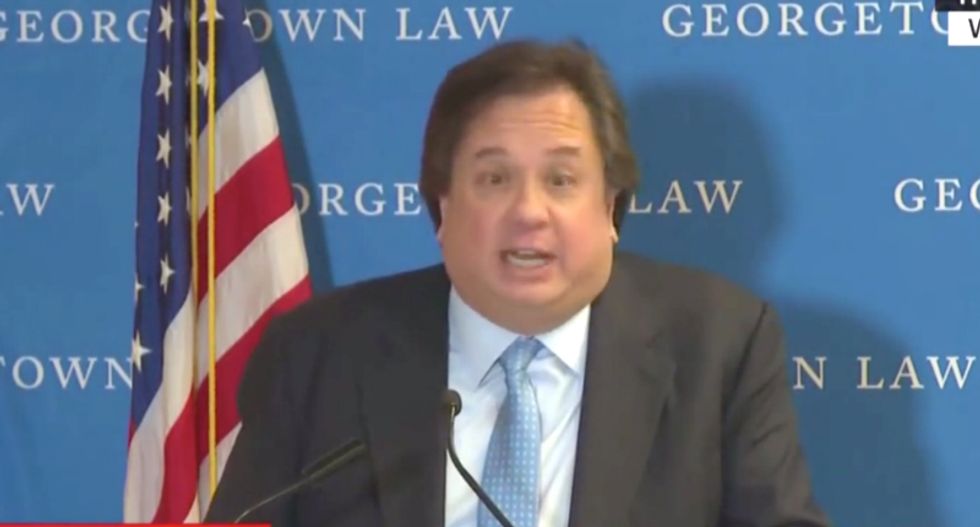 Ramping up his ongoing battle with Donald Trump, who doubles as his wife’s boss, conservative lawyer George Conway on Sunday shared an op-ed by Harvard law professor Laurence Tribe urging Congress to impeach the president in light of special counsel Robert Mueller’s report.

Conway, whose wife Kellyanne Conway is a counselor to the president, retweeted Tribe’s article in USA Today that argued impeachment “is now a point of principle and duty.”

In the op-ed, Tribe explains that, contrary to Attorney General William Barr’s summary, the Mueller report “doesn’t come close to exonerating the president of wrongdoing.” Noting a section in the Mueller report that reminds the general public Congress is able to apply law “to all persons — including the President,” Tribe notes Mueller’s refusal to indict the Trump “does not mean that the president has not committed a crime.”

Indeed, Mueller’s refusal to reach a judgment is based partly on principles of fairness to the president: while people accused of a crime usually have the opportunity to give their story at trial, in this case, when no charges can be brought, the accused has no opportunity to clear his name.  Mueller pointedly notes that the sitting president’s immunity, however, would not preclude prosecution “once the President’s term is over or he is otherwise removed from office” — that is, impeached.

The Harvard law professor likewise acknowledges he’s “written previously about the dangers of impeachment talk,” but argues “with the arrival of Mueller’s damning report, however, the time has now come.”

You can read Tribe’s full op-ed at USA Today.