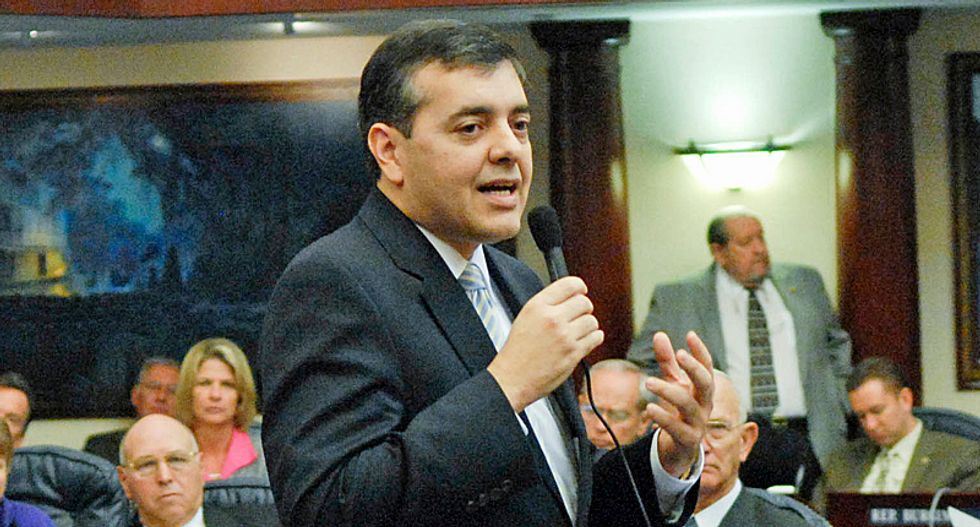 David Rivera in 2010, photo by LesPantin.

The newspaper referred to Rivera as Miami's "political escape artist."

"Only six months after claiming vindication, the former congressman learned in federal court Tuesday that he will indeed have to fight allegations that he secretly financed a ringer candidate to run in a primary against his Democratic nemesis, after Judge Marcia Cooke rejected Rivera’s second attempt to have her toss a Federal Election Commission complaint against him," the Herald explained.

The watchdog group Citizens for Responsibility and Ethics in Washington (CREW) voted Rivera the "most corrupt member of Congress for 2012."

"In this case — the last unresolved issue stemming from Rivera’s scandal-plagued decade in the state Legislature and Congress — the FEC has accused Rivera of secretly bankrolling $55,000 in campaign vendor services for a political novice who filed in 2012 to run against Rivera’s likely challenger in the general election," The Herald noted. "Federal authorities say Rivera hoped to weaken Democrat Joe Garcia, who eventually beat the congressman that November and took his seat representing parts of Miami-Dade down through the Florida Keys."