In the name of ‘amateurism,’ college athletes make money for everyone except themselves 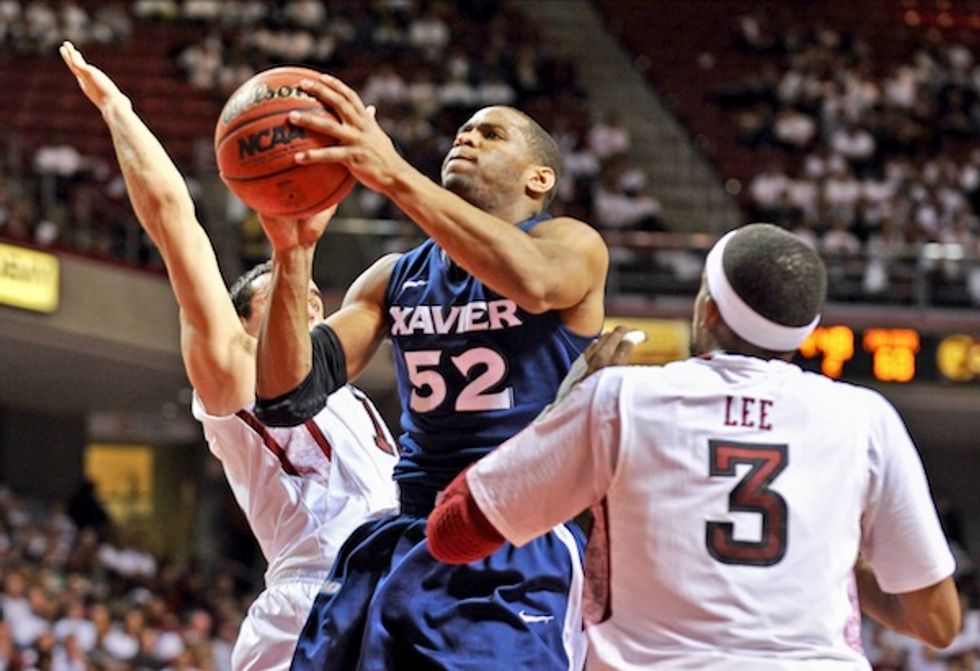 As millions of people tune in to watch the Final Four, much of their focus will be on the numbers on the scoreboard. But a March 2019 report from U.S. Sen. Chris Murphy, a Democrat from Connecticut, calls attention to numbers of a different sort.

The report – titled “Madness, Inc.” – details just how much money other people make off Division I athletes versus how much money is being spent on their college education.

Here are three points from the report that struck me as a researcher who studies the structure and culture of academic life for student-athletes at Division I schools.

When one of the Nike shoes being worn by Duke’s Zion Williamson blew out just seconds into the highly anticipated game between Duke and the University of North Carolina this spring, it showed the increasingly important role that top men’s basketball players play in generating revenue for corporations – not just the schools for which they play. 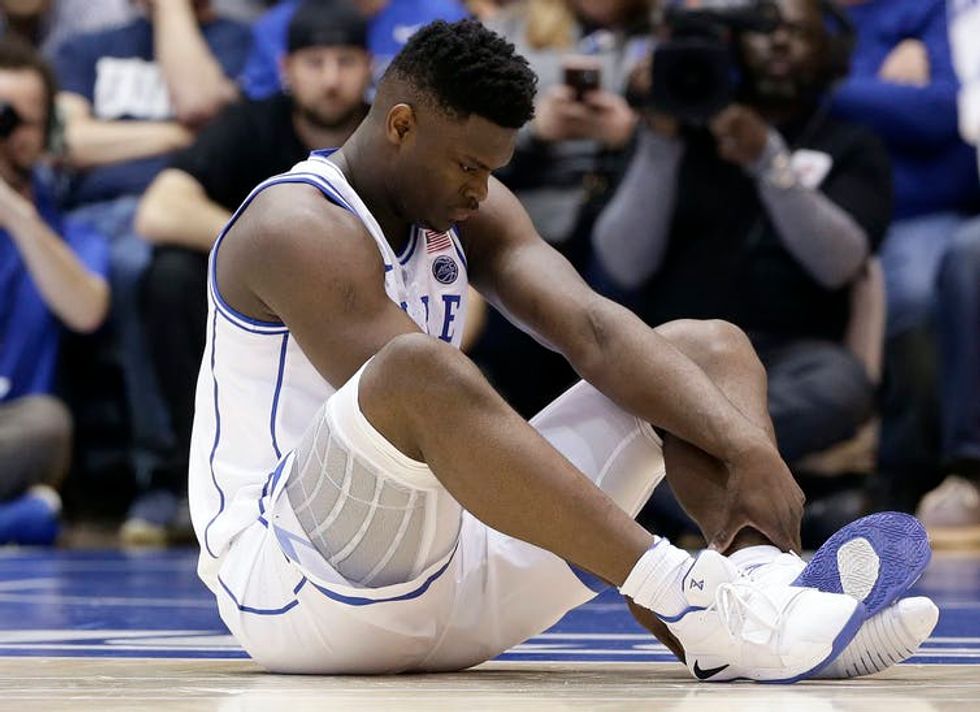 Duke’s Zion Williamson sits on the floor following a freak injury that took place when his Nike shoe blew out in a game against North Carolina, on Feb. 20.

As noted in the “Madness, Inc.” report, more than 4 million people were watching when Williamson’s shoe failed. After depriving that huge audience of their star, it’s not hard to see why Nike’s stock dropped.

Though they are considered student-athletes, the young men who play Division I football basketball are often much more. Quite a few of them are celebrities.

Yet, the NCAA wants to maintain the “amateurism” of college sports. Even though many of these players are nationally recognizable and influential figures, they are prohibited from profiting from their social status. Meanwhile, the people who surround these players, including coaches and athletic directors, make major money off of these players’ performance.

As noted in the report, college sports programs took in US$14 billion in 2018 through ticket sales, television contracts, apparel deals and merchandise sales. Tickets for the game in which Zion’s Nike shoe blew out, sold for $4,000 each, with revenue going back to participating schools. There were also purchases of merchandise by fans online, on campus and at the game. The game aired on ESPN and drew the highest rating of any regular season basketball game ever. The ACC conference championship rematch was the most watched conference championship of all time. For ESPN, this level of interest is more than worth the $1 billion they recently paid ACC schools for exclusive rights to broadcast ACC sports over the next 12 years.

Revenue generated from NCAA sports is concentrated among a small number of schools. 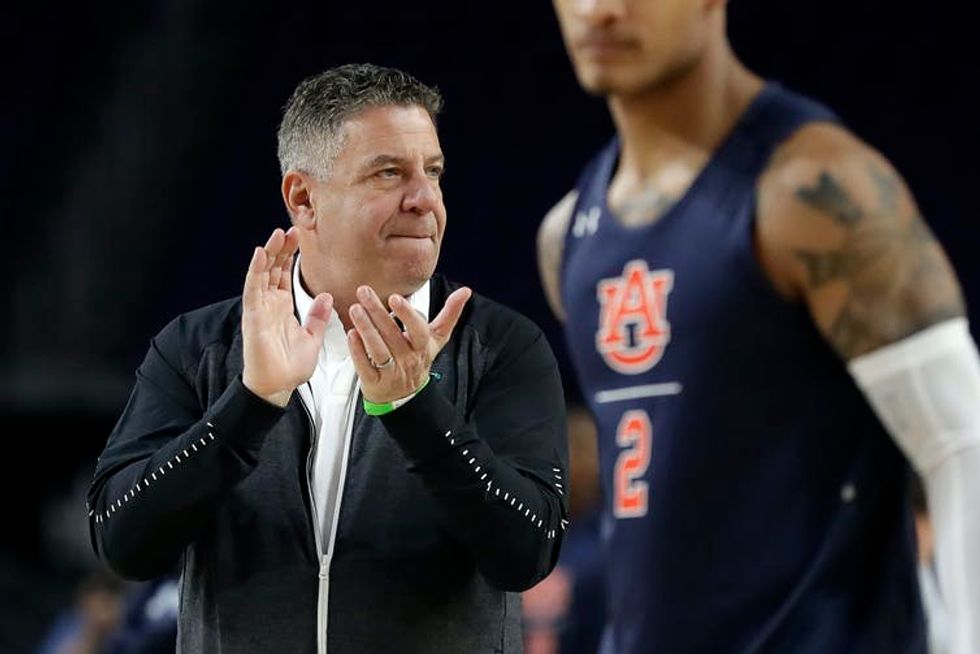 How this money is split reveals who is prioritized in the current college sports structure. These priorities become clear when you compare coaches’ salaries to the average athletic scholarship.

According to the “Madness, Inc.” report, $986 million is spent annually on student-athlete scholarships at these schools to support 45,000 student athletes. That ends up being just under $22,000 per student. By comparison, approximately $1.2 billion is spent annually on coaches’ salaries to pay just 4,400 coaches. That averages out to about $273,000 per coach per year.

Make no mistake, the players work hard. The work they do involves much more than what fans see. In addition to regular season practice, team meetings and film sessions, there are media training and appearances, playoff practice and a lot of travel. As I have found in prior research, these activities severely limit the time these students have for academics. Despite the extra work they do, the financial aid given to student-athletes on revenue-generating teams is remarkably similar to what is given other student-athletes who don’t have all these additional responsibilities.

The NCAA is a corporate entity 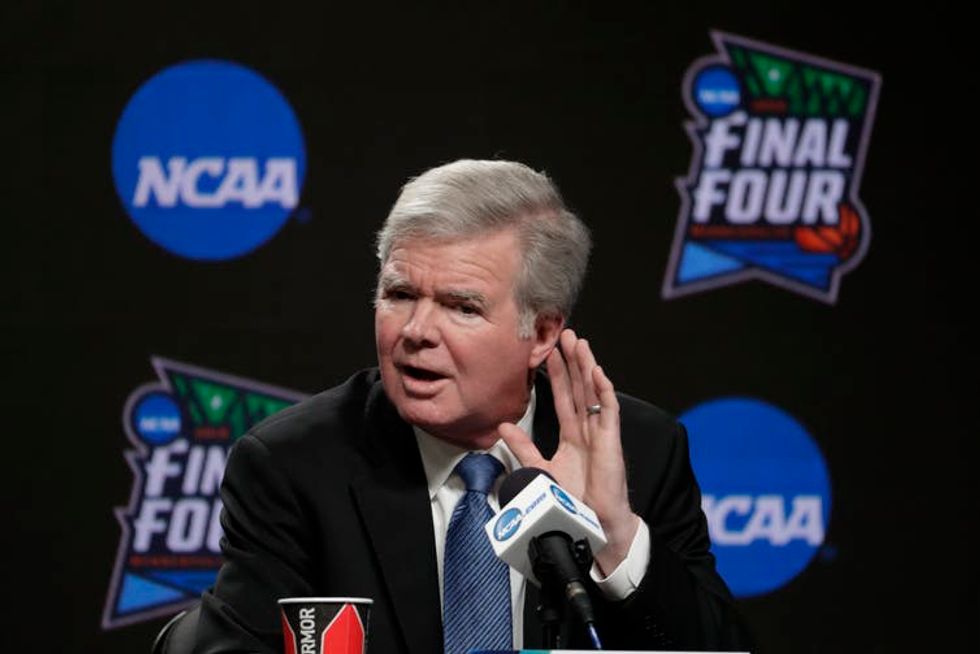 Although the National Collegiate Athletic Association began as an organization focused on sports and education, those two things are no longer balanced in NCAA sports. Broadcast rights and marketing deals have all but eliminated the spirit of amateurism used to justify the maintenance of scholarship aid as appropriate compensation for revenue-generating student-athletes.

The evolution of the NCAA from a nonprofit to a billion-dollar corporation is especially clear to the players. When the NCAA tweeted a feel-good commercial detailing a day in the life of a student-athlete, current and former football and basketball players challenged the portrayal of their experiences as generally positive. Some even detailed what the NCAA got wrong about their busy schedules.

The players told a different story about their lives as athletes. One, Cameron Johnson of the North Carolina Tar Heels, told a newspaper that the life of a college athlete “ain’t a breezy existence.”