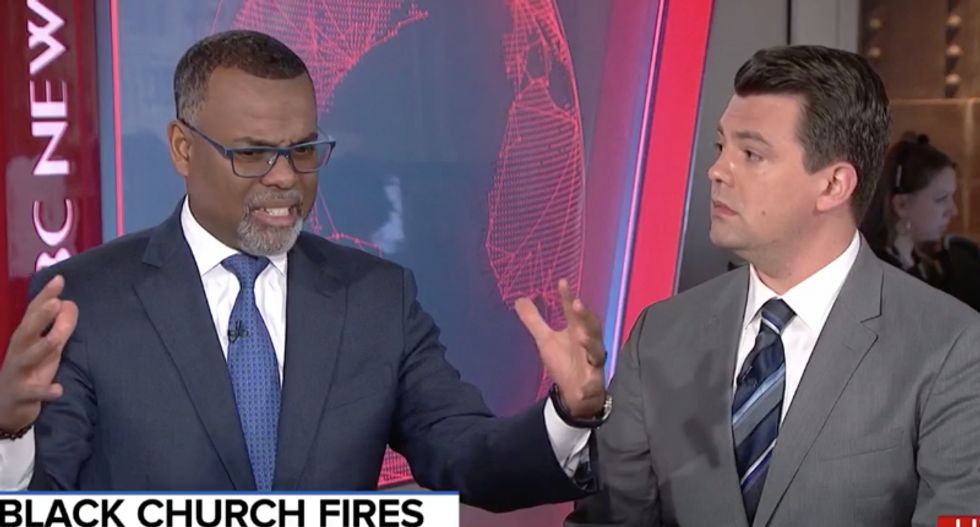 Conservative commentator Noah Rothman found himself on Princeton professor Eddie Glaude's bad side in a Monday appearance on MSNBC, where he was taken to task for "ignoring history" when he played down the three black churches that were burned to the ground in Louisiana over the past ten days.

"Our history always haunts," Glaude said. "There are these incidents, events that happen in our lives that trigger history, a history that we haven't gotten beyond. So, to see churches burn, it strikes at the heart of the ugliness of who we are -- not who we were, but who we are."

Rothman put on his aggrieved face and asked to respond.

"But in 2016, you had two -- an arson attack and a vandalism attack on black churches, the intent was to make people think the bad old days were well and truly back," he continued as Glaude began shaking his head. "And that's what was broadcast, the pervasive effort by these people was to make us think that this was the result of Donald Trump's election."

"This is not responsible for you to take statistically insignificant moments and read them write large over the course of American history," Glaude said. "Yet in your book and in this moment, you want to generalize it to call into question a basic point that I was making -- that when you see something like this, it triggers history."

"Part of what you have to do, Noah, when you make these sorts of moves is to understand what you're minimizing in that moment," Glaude went on. "History haunts. The thing is that you don't want to take seriously that history.