Putin's public enemy No. 1 would like to read Robert Mueller's full report 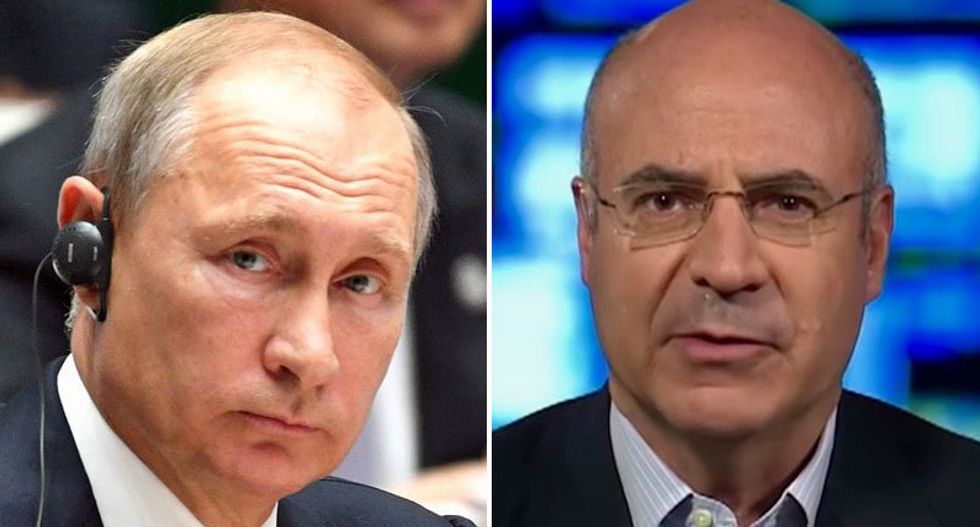 You may not have heard of Bill Browder, but President Trump certainly has. During our leader's infamous summit meeting with Russian President Vladimir Putin in Helsinki last year, Trump reportedly considered turning both Browder and a former U.S. ambassador to Moscow, Michael McFaul, over to the Russian government for interrogation. Putin's problem with Browder is that he convinced Congress to pass the Magnitsky Act, a bill that allows the U.S. government to freeze assets and ban visas of human-rights violators. It was named after Browder's friend and lawyer, Sergei Magnitsky, who died in a Russian prison after he blew the whistle on wide-scale state corruption.

The Magnitsky Act, as well as other efforts Browder has spearheaded to punish Russia for its human-rights abuses, poses a serious threat to the enormous wealth of both Putin and the oligarchs around him. (Putin's vendetta against McFaul is separate but related, based on the absurd accusation that McFaul and others helped Browder funnel stolen money into Hillary Clinton's 2016 presidential campaign.)

Browder spent many years in Russia, where he made a fortune as an investor during the post-Communist period before running afoul of Putin and being expelled from the country. He's a complicated character with a fascinating back story; although born in Chicago, he renounced his U.S. citizenship years ago and now lives in Britain. Salon spoke to Browder about his thoughts on the Robert Mueller report and its aftermath. Our conversation has been lightly edited for clarity and context.

So nobody has seen the Mueller report yet, but a lot of people are assuming that it completely exonerates Donald Trump in terms of any improper relationship with Vladimir Putin and the Russian government. Do you share that view?

I'd rather see the report and then make my comments than to try to comment speculatively on what happened. What I can say for sure is that Robert Mueller had access to all information. If you look at his indictments of the Russian GRU officers and others, he has access to emails between two Russians, one Russian spy and another Russian spy. He has access to Bitcoin payments. So one thing I'd be confident about is that he actually got to the bottom of it, and the question is, what did he get to the bottom of? And that's gonna be something which we're all extremely eager to see. I don't put much stock in any summary of the report because it's 400 pages and there's a lot of details.

That's sort of where I was going. Bill Barr's summary is very brief and there is good reason to at least question whether Barr would be totally objective in his summary. Do you think the American people have a right to see the full report?

I think that more than 20 FBI agents, more than $20 million was spent doing this analysis. There's huge resources put into it, and if it was not shown to the American public, then there would be doubts going into perpetuity. And so I think it's in Trump's interest, if he believes he has been vindicated, to share the report with the world so everyone can now share that same feeling.

I'm thinking back to the Helsinki summit, when Trump at least momentarily humored the idea of handing you and Michael McFaul over to Vladimir Putin. If Trump wasn't compromised by Russia, what is the explanation for that? Or for the other occasions when he has seemed to be obsequious toward Putin and his regime?

Well then, if he hasn't been compromised, then it shows an extreme error in judgment and raises questions about his abilities to negotiate with these dictators.

Do you think these latest developments could in any way be a game-changer in terms of America's relationship with Russia or the Putin regime? Or do you feel that this really isn't going to amount to a hill of beans in a couple of years?

Well, first of all, the one thing that the attorney general's summary stated very clearly was that Russia aggressively intervened in the U.S. political process. There's no uncertainty about that now. So I don't think that Russia, because of this report, gets off the hook in any way. And I think that from my own conversations with members of Congress, Russia is not going to get a free ride any time in the future. So I don't think anything is going to change in U.S. foreign policy towards Russia. Or in my own situation with Russia.