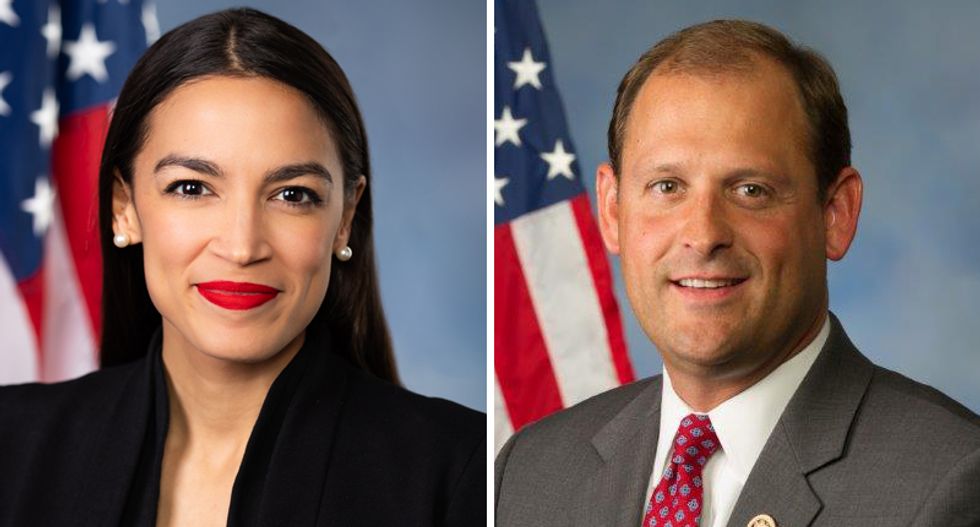 Barr, a far-right Republican who narrowly won re-election in November, had invited Ocasio-Cortez to visit coal miners in Kentucky.

Ocasio-Cortez, who is also known as AOC, accepted the invitation.

But Republicans began to worry the stunt could backfire.

Barr then attempted to uninvite AOC, saying she had to first apologize to Rep. Dan Crenshaw (R-TX). The veterans organization Vote Vets pointed out Barr was taking AOC's comments out of context and that there was no need to apologize.

A spokesperson for Ocasio-Cortez explained to The Courier-Journal that Barr could not uninvite her.

"Luckily, we still have open borders with Kentucky. We don’t need Congressman Barr to meet with coal miners and have a town hall, though we’d love his participation if we do."

On Twitter, Ocasio-Cortez pointed out this wasn't the first time Barr had weaseled out of a public event with her.

"You know what’s interesting? Last month I invited Rep. Andy Barr to come visit us in the Bronx and offer perspective in our MSNBC Climate Town Hall," she noted.

"He said no, because UK had an NCAA game that night. Fair," she continued.

"So I offered to fly him home in time for the game. He still said no," she revealed.

Ocasio-Cortez concluded her tweet with a woman shrugging emoji.