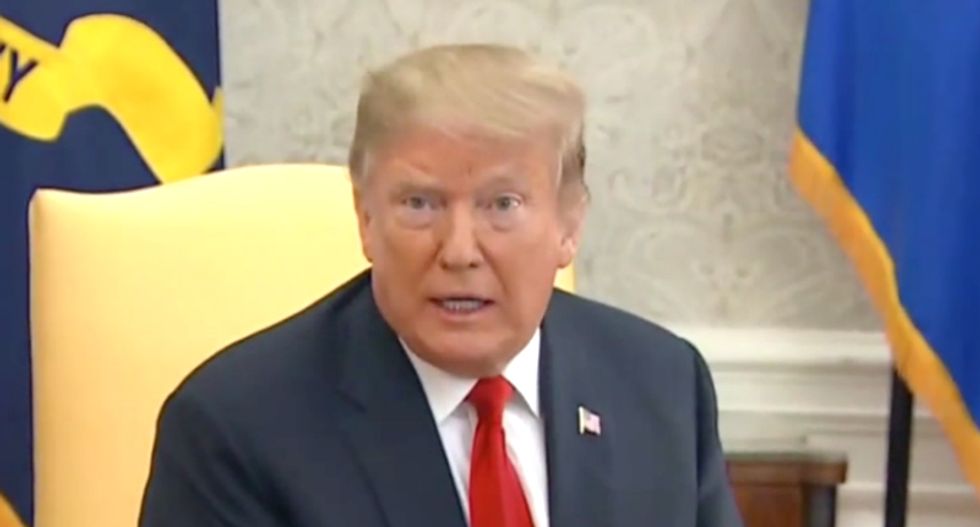 On Monday, Politico reported that attorneys for President Donald Trump, William Consovoy and Stefan Passatino, are threatening the tax and accounting firm Mazars USA with legal action if it complies with a subpoena from the House Oversight Committee requesting ten years of the Trump Organization's financial records.

"It is no secret that the Democrat [sic] Party has decided to use its new House majority to launch a flood of investigations into the president’s personal affairs in hopes of using anything they can find to damage him politically," said the attorneys in a letter, telling Mazars they were putting it "on notice."

House Oversight chairman Elijah Cummings (D-MD) requested the financial documents from Mazars last month, after Trump's former personal attorney Michael Cohen revealed in testimony that the company had signed some of these statements.

Democrats are looking in particular at the president's failed attempt to buy the Buffalo Bills football club.

Republicans, including Oversight member Jim Jordan (R-OH) have attacked the document request as an abuse of power. Cummings has pushed back, saying that the documents from Mazars "are key to the committee's ongoing investigations of matters squarely within our jurisdiction."