The US has a 'renegade attorney general' trying 'to twist the law': Watergate prosecutor 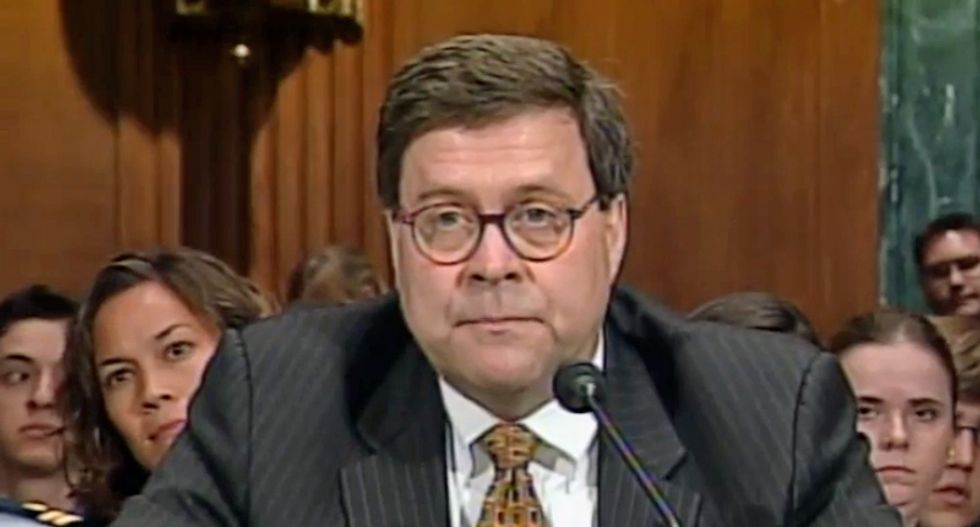 William Barr testifying before the Senate Judiciary Committee in 2005, screengrab via Wikimedia Commons

On Monday, Washington Post White House reporter Josh Dawsey penned an article analyzing the way President Donald Trump has broken social norms, and how his ongoing position of power despite everything revealed in special counsel Robert Mueller's report on Russian election interference on his behalf only threatens to degrade those norms further.

Dawsey quoted Nick Akerman, a former prosecutor on the Watergate team, whose particular concern was how Attorney General William Barr has abused his own office and undermined the Justice Department's credibility by trying to spin and interpret Mueller's report in favor of the president.

“It's problematic because you’ve got a renegade attorney general who's basically doing everything he can to twist the law, to make it sound like what Trump did is not a crime," said Akerman.

And that has implications not only for now, but for those who are hoping that Trump could be prosecuted as a private citizen when he is no longer in the White House. "It makes it a lot harder for somebody else, after Trump leaves office, to prosecute him based on the facts Mueller has found — that he obstructed justice."

During Barr's press conference leading up to the release of the report, he claimed that the White House cooperated fully with the Mueller's investigation, that Mueller determined there was "no collusion," and that Mueller did not intend for Congress to make a personal judgment about whether the evidence he found suggests Trump committed obstruction of justice. All of these claims are false.