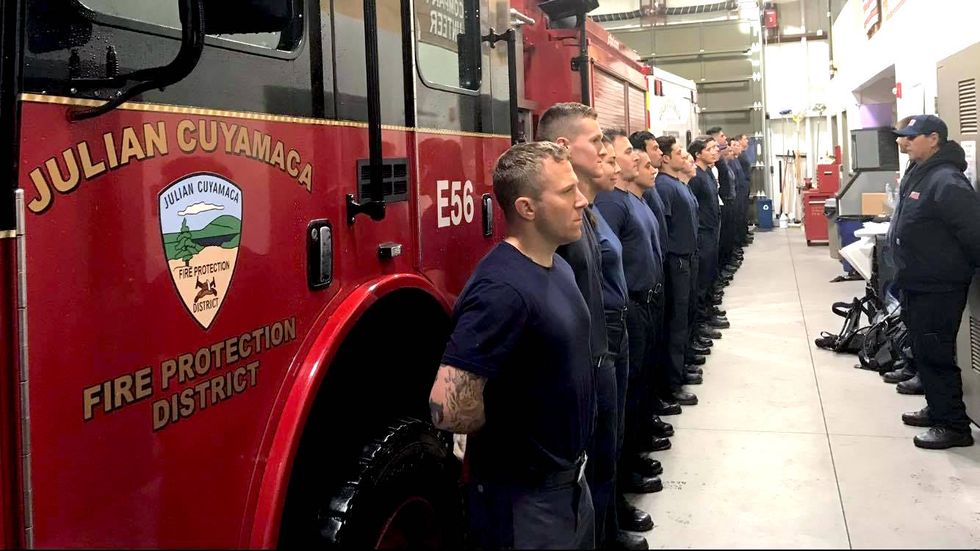 Volunteer firefighters whose team was disbanded to make way for a professional force have barricaded themselves in their old firehouse amid a dispute about the legality of the move.

The San Diego Union-Tribune reported that volunteer firefighters from the Julian Cuyamaca Fire Protection District refused to leave the fire station in Julian, California after San Diego County officially took over following a court hearing and a special election.

On Monday afternoon, a team from the county including a locksmith "were denied access" to the firehouse after a group of volunteers and their supporters locked themselves in the building.

An attorney for the Julian firefighters claimed that a Friday court ruling nullified the results of a special election in which 54 percent of local voters opted to have their fire district join San Diego County.

Cory Briggs, the volunteer firefighters' attorney, told the Local Agency Formation Commission — comprised of elected officials and tasked with overseeing fire, water and sanitation districts — that they had "no legal authority" to dissolve the volunteer force during their Monday hearing.

Briggs cited a California Superior Court judge's decision the week prior, in which an allegation that the fire board violated a state open meetings law when they gathered last May and decided to dissolve the volunteer force.

"Because the original action was illegal, Briggs said, everything that has happened since, including a September vote of LAFCO to dissolve the department and the results of the mail-in ballot special election that were certified last week, are null and void," the report noted.

The Union-Tribune noted that the attorney was hired by a previous iteration of the region's volunteer board, who opposed the county takeover, to represent them — and that the current iteration is for the dissolution.

Briggs' side was also the loser in the hearing last week, but he nonetheless "used the judgment stemming from the loss as his main argument as to why LAFCO couldn’t order the dissolution," the report detailed.

The standoff at the Julian fire station "may be a multi-day thing," a county spokesperson told the newspaper.