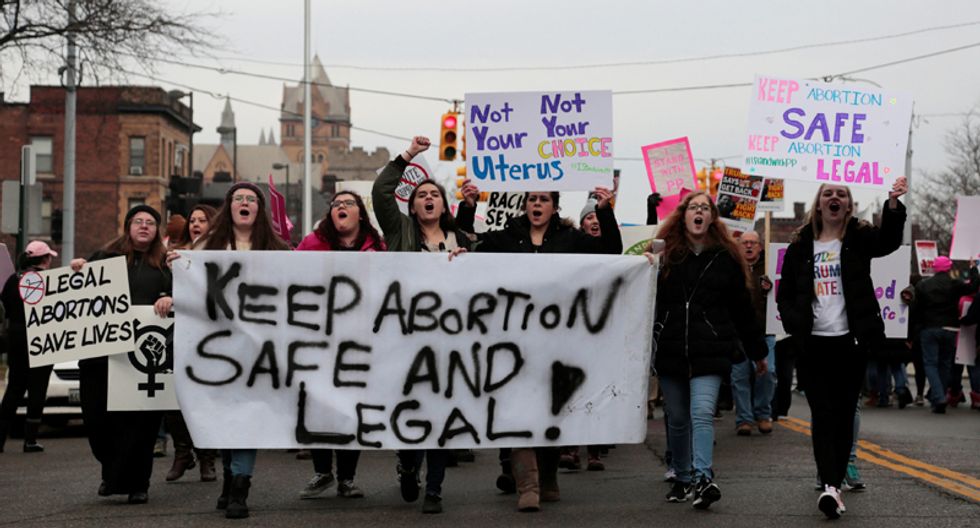 Planned Parenthood and the American Civil Liberties Union filed a lawsuit Friday against Alabama over the southern state's new near-total ban on abortion.

"This law is blatantly unconstitutional, and the ACLU will not stand by while politicians emboldened by President (Donald) Trump's anti-abortion agenda exploit our health and our lives for political gain," said ACLU Reproductive Freedom Project senior staff attorney Alexa Kolbi-Molinas.

Earlier this month, Governor Kay Ivey signed into law the measure that makes abortion a felony -- even in cases of rape or incest -- unless the mother's health is at risk, triggering protests in the state and beyond.

It punishes doctors with up to 99 years in prison for providing the procedure.

The ban is due to take into effect on November 15, and if it goes ahead, Alabama abortion providers "will be forced to stop providing and/or referring abortions," read the lawsuit filed on their behalf in federal court in the state.

"Enforcement of the ban will thereby inflict immediate and irreparable harm on plaintiffs' patients by violating their constitutional rights, threatening their health and well-being, and forcing them to continue their pregnancies to term against their will."

Randall Marshall, executive director of the ACLU's Alabama chapter, said the lawsuit was intended to "make sure this law never takes effect."

The law, the most restrictive in the country, goes against the landmark 1973 US Supreme Court ruling Roe v Wade that made abortion legal nationwide, but the text's sponsors say it's an effort to get the top court to revisit its decision.

Several other Republican-led states have also passed tough abortion laws they hope will eventually end up before the Supreme Court in hopes it will reverse Roe v Wade.

- Chipping away at Roe -

Conservative states have slowly chipped away at abortion access, starting by imposing strict conditions to facilities that provided the procedure, such as requiring that they be located near a hospital or have operating rooms or halls of a certain size.

In other states, like Mississippi and North Carolina, women can undergo abortion only within 20 weeks of gestation.

Missouri Governor Mike Parson signed into law Friday a measure that makes the procedure illegal from eight weeks of pregnancy, with no exceptions for rape or incest.

Five states require that women be alerted to links between abortion and breast cancer that have not been proven. And doctors in 13 states must advise women considering abortion that the fetus may feel pain -- a scientifically controversial claim.