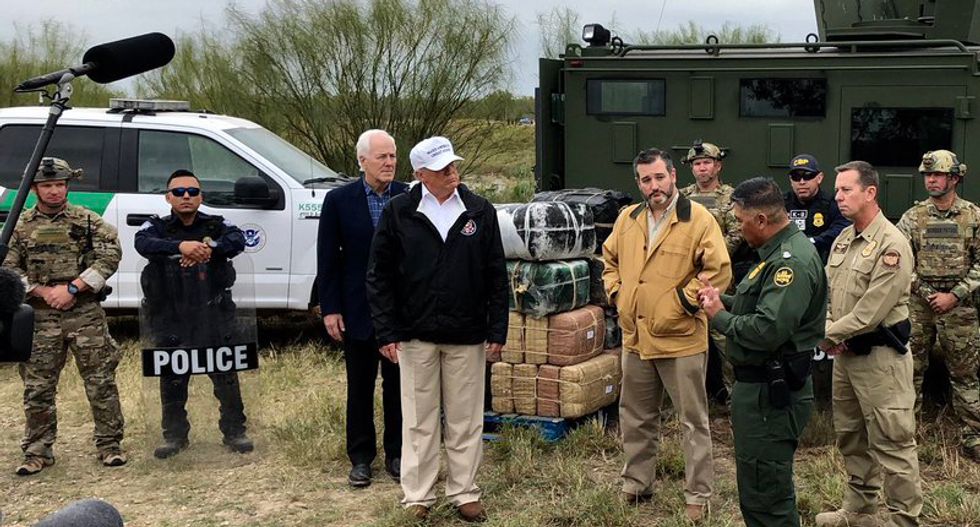 President Donald Trump waged a war against Democrats, demanding that his border wall be fully funded. In the end, he's ending up with fewer dollars than the deal he could have had with Democrats

In the first iteration negotiations with Democrats and Republicans came together for a full immigration package. It was early 2018 and Trump still thought he was winning every battle. The wall would have scored $25 billion, but Trump decided he wouldn't sign the bill, so Senate Majority Leader Mitch McConnell (R-KY) refused to bring it to the floor for a vote.

One year later, Trump still couldn't score the funded he wanted. He then asked for $5 billion, but after Democrats won a huge election retaking Congress while Trump campaigned for his wall, they weren't up for negotiation. They offered $1.3 billion. Trump shutdown the government for the longest period in history. Ultimately, he lost the battle and agreed to sign a budget without funding for his wall.

His next decision was to declare a national emergency on the border, saying that America was under attack by refugees and their babies fleeing gang violence in Latin America. The decision is still being litigated, but the Pentagon has agreed to $1.5 billion from their budget, which is barely above what Democrats offered in the final negotiation of the budget.