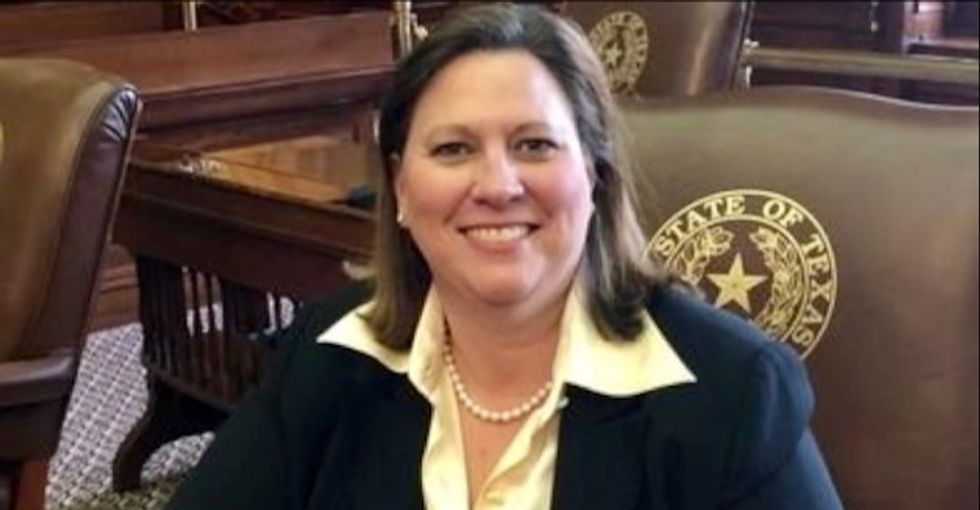 The legislation has literally been called the #SaveChickfilA bill by some of Texas' most anti-gay activists because it would have "protected" Texans' membership in and support of religious organizations, according to the bill's text.

In short, HB 3172 would have made it illegal for the government to take any action against anyone or any organization based on their religious beliefs or, as in Chick-fil-A's case, their support of anti-LGBT organizations and hate groups.

It was prompted by the City of San Antonio's decision to ban Chick-fil-A from its airport food court.

Democratic state Rep. Julie Johnson, herself a trial attorney, was able to raise a point of order Thursday that was accepted – killing the legislation.

“The LGBTQ Caucus is in the House,” Johnson told The Texas Tribune. “We’re getting things done, and we’re here to stay.”

The intent of the original bill was far more directly sinister, saying it was "relating to the protection of religious beliefs and moral convictions, including beliefs and convictions regarding marriage."

The final text was changed "relating to the protection of membership in and support to religious organizations."

The Tribune calls the defeat of the anti-LGBT bill "a major victory" for the newly-formed LGBTQ Caucus.

The @txlgbtqcaucus is working to kill #HB3172 after @juliejohnsonTX calls Point of Order on the bill. #yallmeansall… https://t.co/qJAVaOJRZ4
— Equality Texas (@Equality Texas) 1557444828.0

Not everyone agreed. Longtime anti-LGBT activist Jonathan Saenz insisted "this issue is far from over."

"It had nothing to do with LGBT issues, it had to do with making sure the government could not punish a private individual or business, because of a donation they gave to a charity," Saenz insisted.

Chick-fil-A has donated millions upon millions of dollars to anti-gay organizations and to at least one anti-LGBT hate group, including $1.8 million to discriminatory groups in 2017 alone. Why should the government protect them when their efforts support those who harm the people government is supposed to protect?