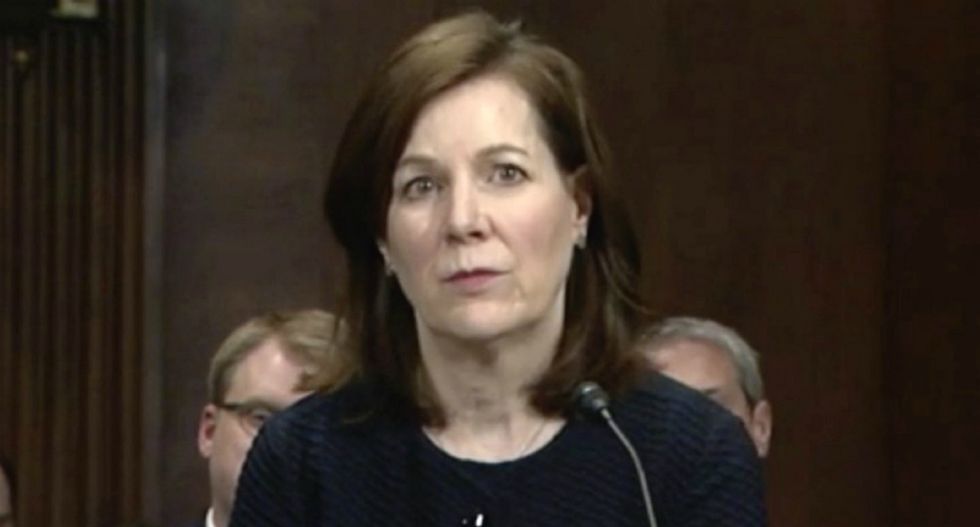 The Republican-majority Senate this week is poised to confirm three Trump judicial nominees who refuse to say they support a landmark U.S. Supreme Court case on which critical modern-day civil rights are based.

The case: 1954's Brown v. Board of Education, which essentially codified that "separate but equal" is not equal. Brown strengthened the 14th Amendment, allowing it to become a key tool for civil rights advocates.

Brown v. Board of Education led to the end of legal segregation, or, as the NAACP's Sherrilyn Ifill in The Washington Post writes, "legal apartheid in this country."

(Meanwhile, on Friday, Vox reported: "65 years after Brown v. Board of Education, school segregation is getting worse.)

Another landmark Supreme Court ruling, 2015's Obergefell v. Hodges, which found that same-sex couples have the same rights and responsibilities to marriage as different-sex couples, is based in part of the 14th Amendment, strengthened by Brown v Board of Education.

So are many other civil rights cases.

And yet, the Trump administration, and its partner in advancing an extremist conservative agenda, Senate Majority Leader Mitch McConnell (R-KY), are pushing through many judicial nominees who, as Ifill's op-ed suggests, "don’t support the rule of law."

"Since April 2018, more than two dozen executive and judicial nominees have declined to endorse the Supreme Court’s unanimous decision in Brown v. Board of Education," Ifill, the president and director-counsel of the NAACP Legal Defense and Educational Fund, writes.

"This week — one that marks the 65th anniversary of the landmark ruling that struck down legal apartheid in this country — the Senate is poised to confirm three of those judicial nominees to lifetime seats on the federal bench." She adds, calling it "simply unacceptable."

Ifill does not name the three nominees, but one appears to be Wendy Vitter, an anti-abortion and anti-contraception extremist who is currently serving as general counsel of the Roman Catholic Archdiocese of New Orleans. She has never served as a judge, but is nominated to become a United States District Judge of the United States District Court for the Eastern District of Louisiana. Vitter is also the spouse to former GOP Senator David Vitter.

Here's a critical portion of her testimony last month in which she refuses to support Brown v. Board of Education:

In the GOP-majority Senate, there is little expectation any Republican will vote against Trump's judicial nominees.

Sources tell CNN's Michael Warren and Jamie Gangel that former members of Trump's own administration are telling McConnell that they don't want to see their former boss run for office ever again.

Record low mortgage rates amid the coronavirus pandemic fueled a US housing boom last year, pushing existing home sales to the highest since 2006, according to a survey released Friday.

This Thursday, Rep Lauren Boebert (R-CO) introduced a bill to block the Paris Agreement, calling it a "job-killing amendment."

"My bill prohibits Congress from spending a single penny on the Paris Agreement until this treaty is ratified by the United States Senate. Joe Biden took an oath to uphold the U.S. Constitution. If he wants to keep it, he must transmit the job-killing Paris Agreement to the U.S. Senate for ratification," Boebert stated.