WATCH: History in the making as US House passes LGBT Equality Act 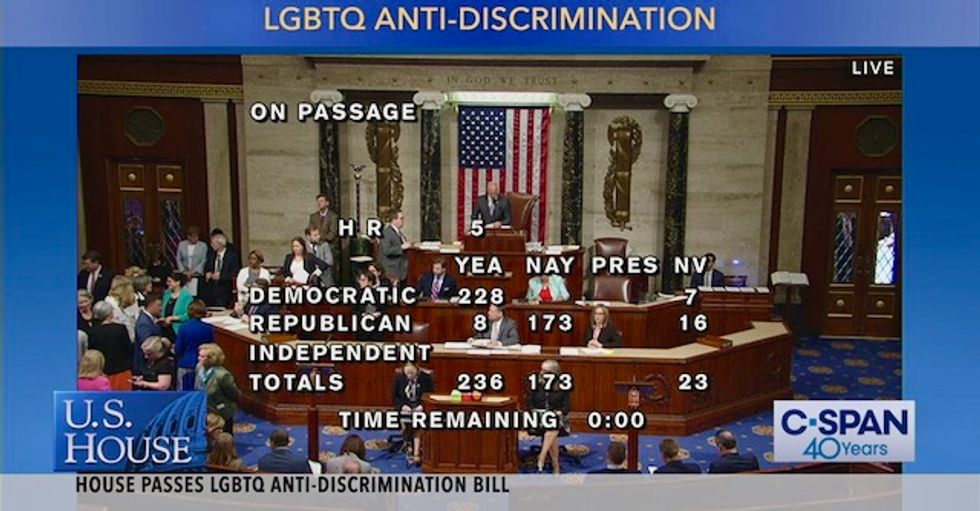 The legislation would expand the Civil Rights Act and the Housing Act to include protections for LGBTQ people in essential areas including employment, housing, banking and credit, education, public  accommodations, federally-funded programs, and jury service.

After a few short hours of debate, Democrats voted overwhelmingly for the bill.

The legislation now gets sent to the Senate. It is expected Majority Leader Mitch McConnell will never bring it to the floor.

But now Democrats have Republicans on the record for where they stand on equality, and can use that in the 2020 elections to help them keep the House. The Equality Act is extremely popular nationwide.