'Why should you have them': Barr refuses to hand over his notes that detail his call with Mueller 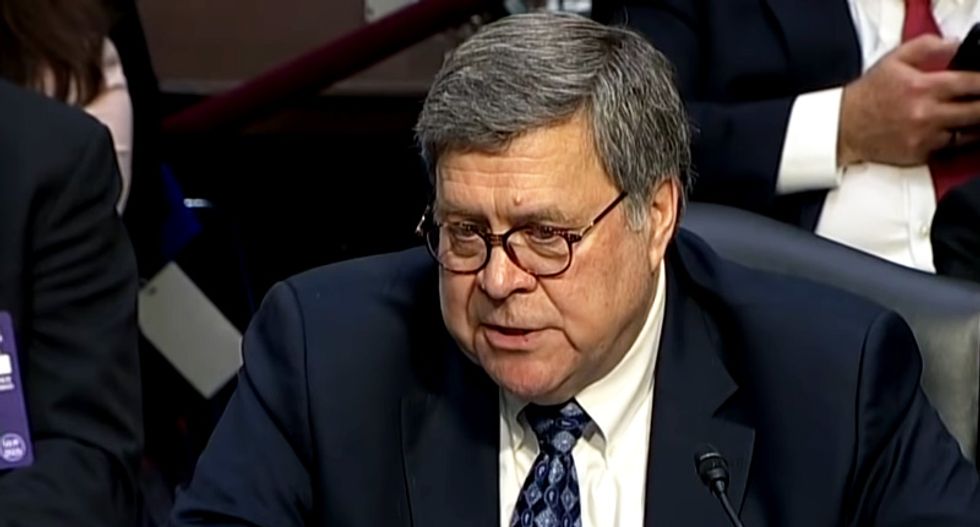 Barr claimed that Mueller's letter was focused on the press coverage of Barr' summary of the special counsel's report instead of the actual content that mislead the American people.

"But there’s nothing in Robert Mueller’s letter to you about the press. His complaint to you is about your characterization of the report. Correct?" Blumenthal said.

"The letter speaks for itself," Barr said.

Blumenthal went on to explain the impact of Mueller's letter.

"This letter was an extraordinary act. A career prosecutor rebuking the attorney general of the United Nations and memorialized it in writing," Blumenthal said.

Blumenthal then asked Barr for the notes detailing his conversation with Mueller. Barr then refused to turn them over and ripped back at Blumenthal by saying, "why should you have them?"

"Did you make a memorandum of your conversation?" Blumenthal asked.

"Did anyone, either you or anyone on your staff, memorialize your conversation with Robert Mueller?" Blumenthal said.

Blumenthal then asked, "Who did that?"

"There were notes taken of the call," Barr said.

"May we have those notes?" Blumenthal continued.

After Barr said "no," Blumenthal responded by asking "why not."

"Why should you have them?" Barr ended.

Watch the discussion below via CNN.