When U.S. President Donald Trump meets Chinese leader Xi Jinping at the G-20 economic summit in Japan, hopes aren’t all that high that they will conclude with a comprehensive trade deal.

Nonetheless, most U.S. business leaders and investors are optimistic that the two countries will eventually reach a trade agreement – and when they do, it will pry open Chinese markets and create a wealth of opportunities for U.S. companies.

Specifically, American negotiators are pushing for a deal that could end forced technology transfers, improve intellectual property protection and widen access to China’s markets – all with the ultimate goal of creating a “level playing field” for U.S. businesses.

Yet as beneficial as resolving intellectual property and technology transfer issues with China may be – not to mention ending the trade war – this is not the biggest reason American companies have failed to do business in China. Rather, as our forthcoming research shows, their biggest failure stems from their inability to penetrate the country’s complex business ecosystems.

Changes to intellectual property regulations and tariff provisions will not magically fix this.

Since the 1970s, foreign companies, including U.S. businesses, have poured trillions of dollars into China to build global supply chains and access their markets.

In 2018, total foreign direct investment stocks in China reached a record US$2.76 trillion, up from just over $915 billion a decade earlier.

For some Western companies as diverse as Coca-Cola, General Motors, Apple, Lego and L'Oréal, China has been a boon and remains a focus of their international expansion plans. After decades of commitment, they have made significant progress in China by emphasizing adaptability, delegation of decision-making, cultural learning, and talent acquisition and development.

And a 2017 Goldman Sachs analysis found that in all, S&P 500 companies earned just 1% of their revenues in China, compared with 30% in total non-U.S. sales.

Rise of the Chinese ‘megafirm’

No doubt Chinese government regulations, tariffs and the theft of intellectual property are among the significant barriers that have made it harder for U.S. and other Western companies to do business in China. But we found that the biggest challenge is their failure to penetrate state-dominated business ecosystems built around what are essentially Chinese “megafirms.”

China’s largest conglomerates, which have grown an average of 20% per year over the past decade have much in common with their Asian cousins. Like the chaebol of South Korea and keiretsu in Japan, affiliates and subsidiaries of Chinese megafirms are typically part of a network of cross-owned businesses. Ownership structures are difficult for outsiders to penetrate and act as nearly insurmountable barriers to entry for foreign companies.

But Chinese megafirms have a unique aspect to their structure and ownership: the role of the state, which includes national, provincial or municipal entities. Rather than serve as background context for decision-making within Chinese megafirms acting strictly as a regulator, the state is itself an owner and plays a much greater role than most Americans know.

The 10 biggest Chinese companies by revenue are all either state-owned or owned by a mixture of publicly listed investors and Chinese government entities. Of the 111 Chinese businesses on the Fortune Global 500 list in 2018, state-owned entities represented nearly 71%.

Given the dearth of publicly accessible information and exacerbated by the maze of cross-ownerships, following the equity trail and fully understanding ownership is difficult in China and most often futile.

Success for foreign companies in China is invariably dependent on fitting into a major business ecosystem. These include networks of suppliers, assemblers, financial institutions, distributors, retailers and trading companies. At the center of this circle are typically one or several megafirms.

Unfortunately, the U.S. businesses that can’t make it to the inside of that circle – the vast majority – are unable to prosper in China. And the Chinese government helps to pick who gets in, and who doesn’t.

The Chinese government does not need to own a controlling share in order to exert powerful influence.

It can cause its companies to enter into new partnerships, diversify into new product lines, set up new production facilities, or expand distribution merely by signaling the desired outcomes through public or private statements, “introductions” to targeted partners and promises of new customers and revenue streams.

The government also uses Chinese “megabanks” to drive economic growth according to national priorities. In 2018, nearly 65% of all bank loans in China were to corporate entities, twice as high as in the U.S. Megafirms are provided funding at preferential rates, leaving those on the outside at a disadvantage.

The banking sector in China is huge, with total assets of about $35 trillion in 2018, more than three times the country’s entire GDP. This circular financing feeds corporate growth and creates a circular system of codependency.

Because foreign companies are outside the system, they are at inherent disadvantage when it comes to attaining local loans from Chinese banks.

That creates another problem for Western companies. Most of them invest overseas with the goal of repatriating profits back home. China makes this very difficult. Which means they typically have to bring money in from their home countries – but because of Chinese tax rules and strict foreign exchange controls, they also have difficulty getting their investments back out. 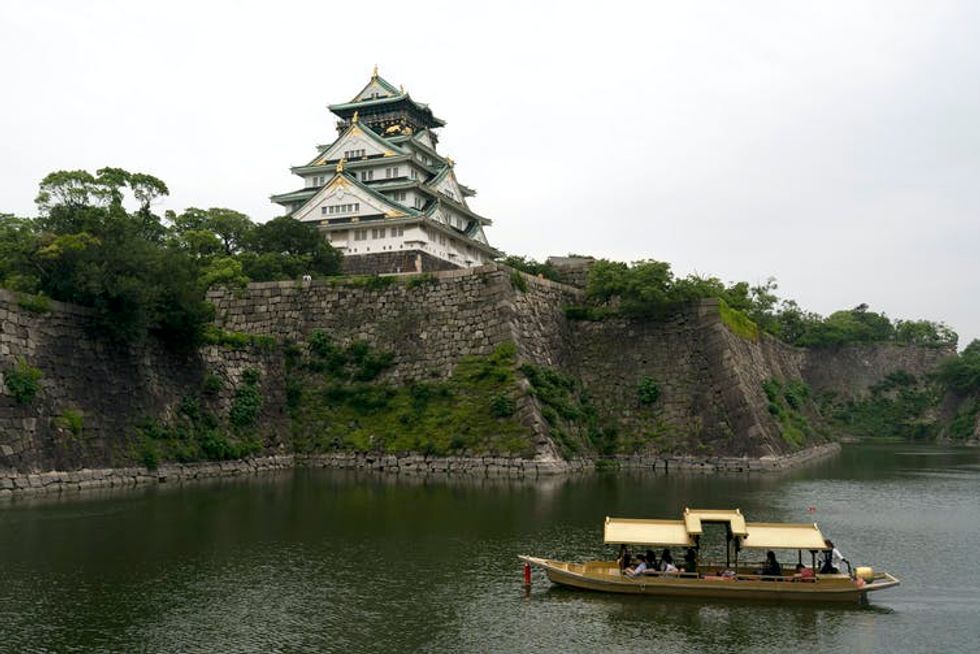 This year’s G-20 will take place in Osaka, Japan.

A positive resolution to the trade war – either during the G-20 or sometime later – would be welcomed by many. But we believe that whatever agreements are reached on tariffs or intellectual property, these structural issues will persist.

U.S. and other outside companies that want to do business in China face a dilemma: Do they reinvent themselves in an effort to become insiders in China? Doing so would not only require a change in mentality, but also a commitment to being “in China, for China.”

Otherwise, China’s business ecosystem, with its megafirms and layers of affiliates with the government at the center of it all, will remain largely impenetrable for Western companies. Irrespective of what happens at the G-20, China is very unlikely to change a system that has created massive wealth and prosperity for the Chinese people.