An economic crash is looming, and it could determine the fate of Trump — and the country 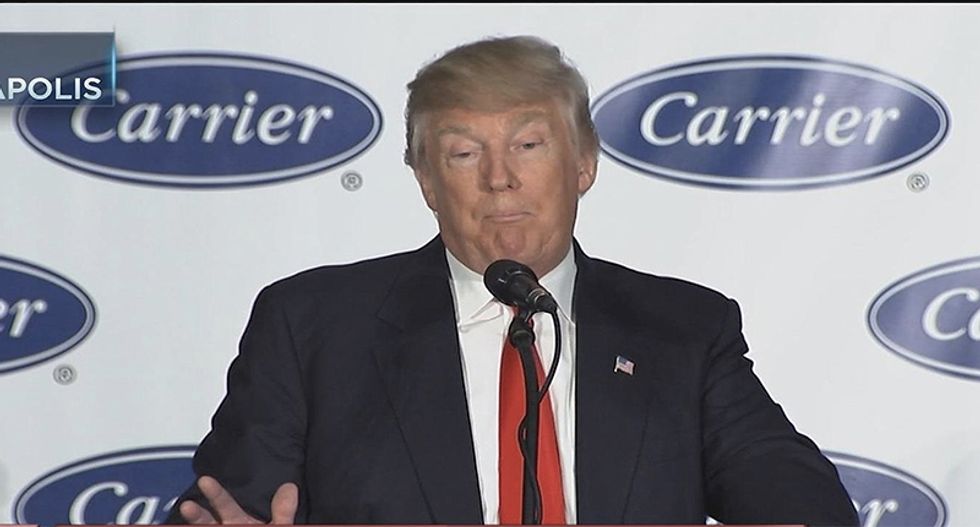 If he times it right, Donald Trump might set back the Democratic Party for a generation or more; if he misses, he’ll go down in history along with Herbert Hoover as the guy who brought the nation an economic disaster.

Back in 2007 and early 2008, many of us were convinced that an economic crash was coming, and that George W. Bush and his Treasury secretary, Henry Paulson, and Fed chairman, Alan Greenspan, knew it.

And we also thought that they were doing everything they could to hold it off so it would happen after the 2008 election, so if a Democrat was elected they could say the crash was because people were “worried about the incoming Democrats,” and if McCain won it would be his problem, not Bush’s.

It appears that Trump may be doing the same thing, only, as with so many of his High Crimes (a phrase that includes “serious misuse or abuse of office”), he’s being much more public about it. On June 15, he tweeted, “if anyone but me takes over… there will be a Market Crash the likes of which has not been seen before!”

The question now is whether he’ll have the same bad luck Bush did in not being able to forestall it by a year or so.

Bush knew the business cycle that had cranked up during the late 90s was coming to an end, and he, Greenspan, and Paulson did everything they could to hold it off.

Between 2001 and 2003, he pushed through Congress and signed fully three major tax cuts for wealthy people and businesses, including massive cuts to dividend and capital gains income. This poured hundreds of billions in borrowed money into the economy, wiping out the $236 billion budget surplus Bill Clinton had left him and throwing us into a $458 billion annual deficit in 2008.

To further goose the economy, Bush and Cheney illegally got us into two wars, raising defense spending from the $290 billion ceiling it had hit during the 1990s to over $595 billion in 2008, pouring literally trillions into the defense industry.

In particular, the old Ayn Rand cult member and acolyte Alan Greenspan got into the act by lowering the Fed funds rate—the basis of U.S. interest rates—from 6.5 percent at the end of 2000 to below 2 percent in 2002. Greenspan kept the interest rates below 2 percent right up until just after the election of 2004, when he let them float up slightly. Bush rewarded his good efforts by reappointing him as Fed chair in 2005, which many speculate was why he’d jacked up the economy so hard leading up to the election of 2004, giving Bush a credit-fueled “feel good economy.”

And it was insanely credit-fueled. Between 2000 and 2006, housing prices in the United States doubled because the low interest rates, combined with repeated Republican deregulation of the banking and security sectors, allowed millions of unqualified new home buyers into the marketplace, driving demand toward the sky.

Trump, Steven Mnuchin, and Jerome Powell have virtually cloned the process, from tax cuts to defense spending to low interest rates, and the inevitable result is increasingly obvious to financial publication opinion writers. Op-eds in staid publications like the Financial Times and the Economist are, with growing frequency, somewhere between, “The sky is about to fall!” and, “There’s a meteor coming the size that wiped out the dinosaurs!”

And with good reason.

The entire “supply side” scam that if the rich people get richer it’ll help us all is totally discredited, but, in deference to their billionaire donors, the GOP still clings to it. Their policies, true to their proclamations, have raised the wealth of the top 1 percent by a total of $21 trillion just in the years since Bush's last months in office, leaving them sitting on over $30 trillion in assets and cash.

In fact, though, demand is what drives economies. And, while rich people might buy a few yachts and fancy mansions, it’s the purchasing power of the bottom 99 percent that is known by economists as “aggregate demand” and actually moves marketplaces.

Reaganomics—the neoliberal economic system we’ve been living under continuously since 1981—has wiped out the purchasing power of the bottom 99 percent. In the same time that the rich have gotten $21 trillion richer, the bottom 50 percent of Americans have lost—vanished, gone forever, lost—over $900 billion.

Cheap credit is the only thing that’s keeping most Americans buying anything beyond groceries and medicine, and both of those are exploding in price because of climate change, monopoly, and fraud. It’s not a question of if, but when the working people of America will stop going deeper and deeper in debt simply to maintain their current lifestyles.

And as more and more Americans downsize their housing or even become homeless (we’re the only developed country in the world to have homeless teachers, nurses, and fast-food workers), their ability to keep the American economy afloat will collapse even with 1.5 percent interest rates. Right now, half of us would get wiped out by a medical or car expense of just a few hundred dollars, having to turn to friends, family, a new credit card, or GoFundMe to stay afloat.

Back in 2007, I started refusing to read advertisements on my radio/TV show for banks and subprime lenders. It infuriated our advertising sales team, but I was openly warning people on the air that an economic winter was coming, and couldn’t in good conscience then tell them to take on more debt.

We’re there again. In some very real ways, in fact, we never got out of it.

Over the past five years, if there had not been a multitrillion-dollar increase in government, corporate, and individual borrowing, the U.S. economy would have contracted, rather than grown.

All of our national economy’s growth has been on borrowed money for all of Trump’s presidency: there’s quite literally no “there” there.

This is not how a healthy economy is supposed to work; instead, Trump is maintaining and inflating an economic Potemkin village, a pretend economy made out of cardboard, chicken wire and bubble gum that will collapse in the face of the first stiff economic wind.

If Trump and his collaborators can hold back the winds until November of next year, the GOP has a chance in the elections.

And, as a bonus for Trump, if Democrats sweep the 2020 elections and Powell and Mnuchin pull out the economy’s temporary props right afterward, crashing the economy, Republicans will blame Democrats for the ensuing economic disaster for the next generation or two.

On the other hand, if Trump can’t pull it off, get ready for some epic tiny-finger pointing.

And a crash before the election could offer our nation an opportunity, should Democrats nominate an actual progressive who will take us off the neoliberal Reaganomics we’ve suffered under since 1981.

A 2021 return to New Deal Keynesian economics, which rescued America after the Republican Great Depression and built the strongest middle class in history between 1933 and 1980, could return working-class Americans to opportunity, life, liberty, and the pursuit of happiness.

In either case, winter is coming, and we all need to be prepared, both politically and economically.

Thom Hartmann is a talk-show host and the author of The Hidden History of Guns and the Second Amendment and more than 25 other books in print. He is a writing fellow at the Independent Media Institute.

The Centers for Disease Control and Prevention (CDC) has had the unenviable task of announcing, each and every week, just how many Americans have died of COVID-19. As of Wednesday, the official tabulation was that almost 562,000 Americans had passed away with COVID-19 being cited as the cause on their death certificates. This includes more than 178,000 deaths in the first four months of 2021.

Yet one group of researchers believe that these numbers, tragic enough as they are, may actually be lower than reality.

As I write this article, Arizona Republicans are conducting a fake audit of the 2020 election in Maricopa County, the state's major population center. The purpose of that audit, as my colleague Amanda Marcotte accurately observes, is to satisfy Donald Trump and his supporters by doing two things. First, it applies unproved conspiracy theories to the recount process in the hope of "proving" Trump actually won the state. More importantly, it demonstrates how easy it would be for Republicans to steal elections if Trump supporters and their ilk controlled the political process.

Republican lawmakers have touted Rep. Elise Stefanik (R-N.Y.) as a possible replacement for Rep. Liz Cheney (R-Wyo.) but her latest announcement, and voting scorecard, may still lead to issues for the Republican Party later on down the line.

Lawmakers with knowledge of the latest conversations spoke with Politico about Stefanik's intent over the next year. The New York lawmaker reportedly plans to limit her time in Republican leadership by only serving through 2022. She also wants "to finish out the rest of this current cycle as conference chair if she is ultimately elevated to the No. 3 leadership position."