Biden tells billionaires that things wouldn't change under his administration 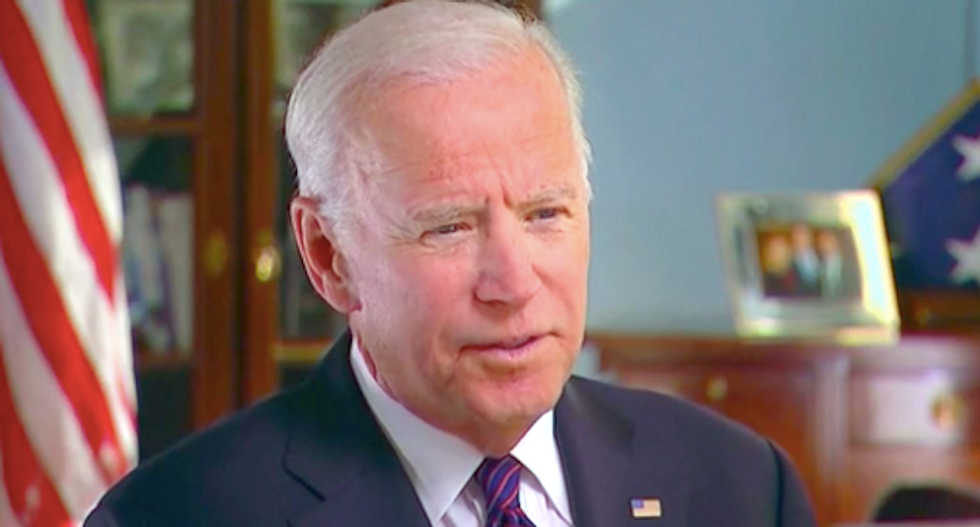 That's the message the Democratic frontrunner delivered to donors Tuesday as he continued a fundraising trip in New York that saw him on Monday tell a room of wealthy Wall Streeters "you guys are great" and ask a Trump-loving supermarket magnate for support.

In Biden's comments Tuesday, the former vice president told a room of 100 of the New York financial elite, including bankers Robert Rubin and Roger Altman, both of whom worked in the Treasury Department under Democratic administrations, that he wasn't their enemy. According to Bloomberg reporter Jennifer Epstein, Biden took pains to separate himself from the rest of the field in his comments.

"Remember, I got in trouble with some of the people on my team, on the Democratic side, because I said, you know, what I've found is rich people are just as patriotic as poor people," said Biden. "Not a joke. I mean, we may not want to demonize anybody who's made money."

But, said Biden, their taxes might have to be raised a little to achieve some of his legislative goals—though he assured the members of the 1 percent in attendance at the Upper East Side Carlyle Hotel that under his plan, the increase wouldn't even be noticeable.

"No one's standard of living will change," said Biden. "Nothing would fundamentally change."

A number of observers on Twitter seized on that message as emblematic of Biden's campaign strategy in general.

Biden's phrasing "might be the most honest thing he's said since he defended segregated schools," writer Nathan Bernhardt tweeted.

"When someone tells you who they are," said Cortland, "believe them."