Convicted on all seven counts: US sex cult leader Keith Raniere attracted the rich and famous 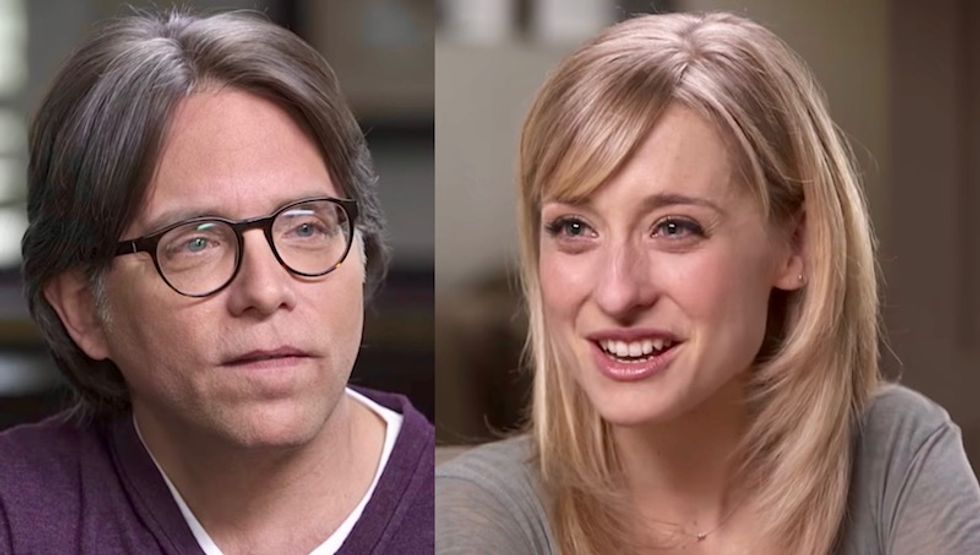 A US jury on Wednesday convicted a "self-help" guru of racketeering, sex trafficking and other crimes for his leadership of a cult-like organization of sex slaves he branded like cattle.

Keith Raniere, 58, coerced a string of women into having sex with him as the charismatic leader of a life-coaching group he founded in New York state.

Nxivm -- pronounced Nexium -- had proved a huge draw since its 2003 launch, attracting a coterie of rich and famous devotees such as the "Smallville" actress Allison Mack, and spreading into cities across the United States.

But Raniere, who was arrested in Mexico in 2018, swapped the personal development training courses for sex sessions as the head of a group of up to 20 women -- the youngest of whom was just 15.

He was convicted after a six-week trial on all seven charges, which also included extortion and sexual exploitation of a child, and faces up to a full life term when he is sentenced on September 25.

"This trial has revealed that Raniere, who portrayed himself as a savant and a genius, was in fact, a master manipulator, a con-man and the crime boss of a cult-like organization," Richard Donoghue, a federal prosecutor in New York, said after the verdict.

Followers signed up for $5,000, five-day self-help courses, but some were then financially and sexually exploited and had to follow a restrictive diet as Raniere -- known as "Vanguard" -- exerted his control, the jury was told.

In 2015, he established a faction within the group called DOS, a pyramid structure in which the women were "slaves" and "Grand Master" Raniere sat at the top.

The "slaves" were made to have sex with Raniere, hand over personal information and compromising photos -- and some of the women were branded with Raniere's initials as other members held them down.

One woman in her 30s, identified only as Sylvie, recounted during her testimony at the trial that she had joined Nxivm in an effort to grow as a person, but that Raniere and others in the organization systematically tore her down and she eventually became a "slave" in DOS.

"His crimes, and the crimes of his co-conspirators, ruined marriages, careers, fortunes and lives," Donoghue said.

While the prosecution portrayed Raniere as a psychological manipulator, the defense asked the jury to focus on whether they saw Raniere's actions as legal, even if they found them immoral.

The defendant, who vowed through his legal team to appeal the convictions, insisted that all sexual relations within the group were consensual.

AFP/File / Don EMMERTActress Allison Mack, who was charged as a co-conspirator of Keith Raniere in the Nxivm sex-cult case, is seen arriving at a New York court in January 2019

"I can't say I'm terribly surprised," defense attorney Marc Agnifilo said, however. "I told the jury in my opening statement that it was an uphill battle."

"I was a little surprised with the fact that it was every count," he said.

Five other people were initially charged in the case, including Mack, a German-born American actress who also appeared in the FX sitcom "Wilfred," and Seagram liquor company heiress Clare Bronfman, who was accused of using more than $100 million of her $2.6 billion estimated net worth to fund the group.

They all pleaded guilty, however, and neither Mack nor Bronfman were required to testify.

Television network HBO said in April it would produce a documentary series on the case.