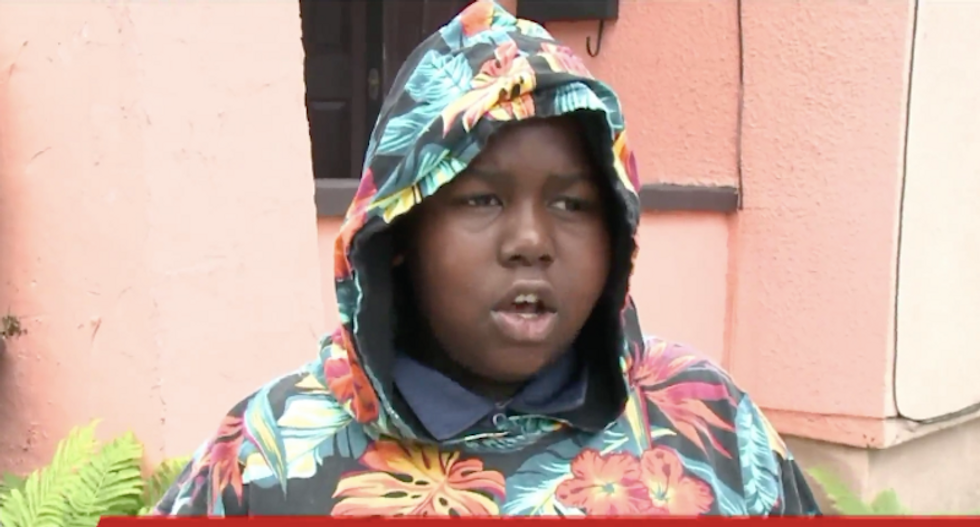 Police officers in Grand Rapids, Michigan, have faced an onslaught of criticism after they handcuffed and arrested a 12-year-old black boy, the Associated Press reports.

Officers claimed the boy was being violent, trying to attack a man with a wooden pole. The boy's mother disputes that account. She claims her son was just playing with his cousin.

Carreion Baker told a local news outlet that he wasn't aware that officers were after him, which is why he didn't respond to their commands to stop.

"I didn't know cops were chasing me at the time because I was too busy chasing my cousin,” said Baker. Suddenly, he was surrounded by police. "That's when they jumped on me and handcuffed me, and then they put me in the car over there,” he told Fox 17.

The department defended the officers' actions in a statement on Facebook.

"The youth then began to resist the officer. A large crowd already in the neighborhood observed this and became upset that a 12-year-old was being arrested. This required the assistance of additional officers until the circumstances surrounding the situation could get sorted out. While being taken to a police cruiser, the youth kicked officers."

"My son was playing with one of his cousins, ya know, chasing him down the street like he always do,” Jones said. “They started chasing my son. I'm telling, 'Wait. Hold on. That's his cousin. He's playing.’ Ya know, 'He's only 12.’"