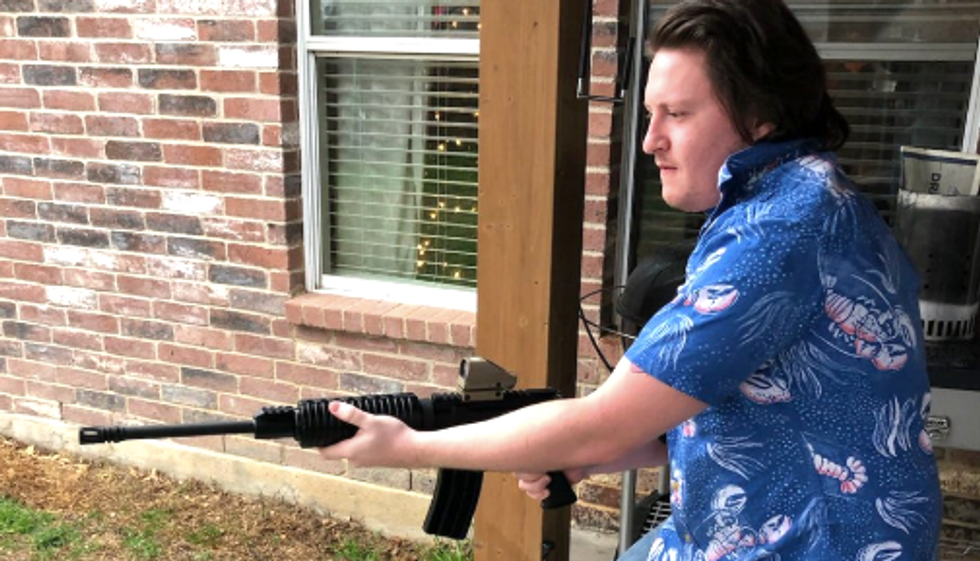 A Texas man was shot and killed after he opened fire with a military-style rifle at a federal building.

FBI agents identified the gunman as 22-year-old Brian Isaack Clyde shortly after he was killed by law enforcement officers outside the Earle Cabell Federal Building in downtown Dallas, reported The Dallas Morning News.

Clyde was pronounced dead at the scene, but no other injuries were reported.

It's not clear why Clyde fired gunshots outside the government building.

Morning News photographer Tom Fox witnessed the shooting and took photos as Clyde fired his rifle across a parking lot toward him and some bystanders.

Clyde posted a cryptic video last week on his Facebook page that showed him holding up a rifle and warning of some unspecified action.

"I don't know how much longer I have, but a f*cking storm is coming," he said, reaching for a rifle that appears similar to one used in the shooting. "However, not without defense. I'm f*cking ready, let's do it."

His Facebook page featured numerous posts of guns, ammunition and other weapons, such as a sword, and indicated he was a U.S. Army infantry veteran and fan of conspiracy theorist Alex Jones.

Clyde wore what appeared to be a bulletproof vest and other tactical gear as he carried out the shooting.