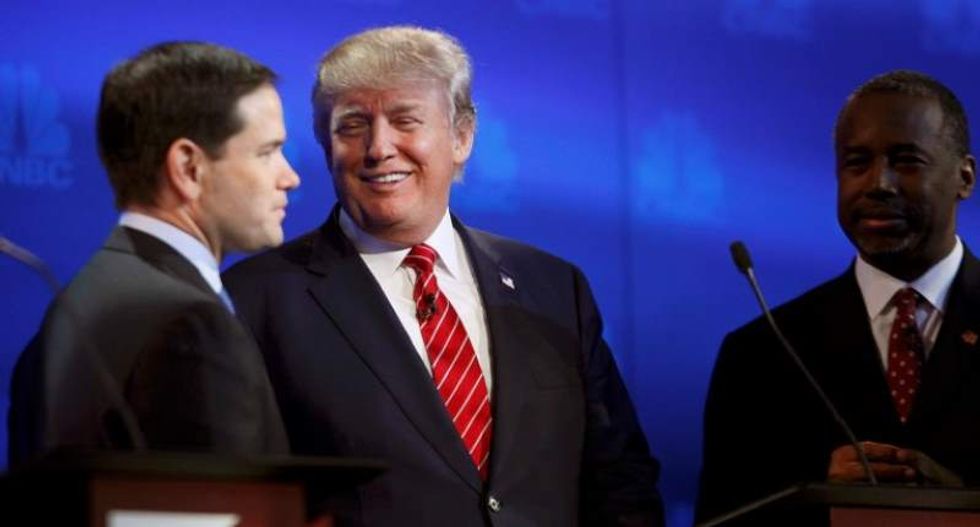 A three-time Louisiana governor, Long mastered the art of political ridicule seven decades ago by weaponizing nicknames. The hilarious names Long pinned on his rivals, and the rollicking stories he told about them, riveted audiences bored by puffed-up rhetoric.

While Long’s stunts may be remembered as silly hijinks, there was a sly, often deadly serious, purpose to his technique. He used it to get voters to laugh at his foes and to put them on the defensive––a place politicians never want to be. Tucked within Long’s jests were razor-sharp attacks aimed at exploiting opposition weaknesses––hidden swords inside a pea-patch cloak.

When New Orleans Mayor deLesseps S. Morrison ran for governor against Long in 1956, the wily Long took aim. He called the mayor “Della Soups” and said he’s “the only man that can talk out of both sides of his mouth, whistle, and strut all at once.”

Long scoffed that the impeccable Morrison was “slick as a peeled onion” and imitated him powdering his face and hiding his bald spot with a toupee (or, as Long called it, a “tuppy”). Sporting suspenders, baggy pants and a rumpled, sweat-soaked shirt, the rustic Long assured his hard-scrabble, plain-folk audiences that if you put one of Morrison’s silk suits on “Uncle Earl”––the nickname he gave himself––it would look like “socks on a rooster.”

Earl, the younger brother of the more famous Long, Huey­­––himself no slouch when it came to clever attacks––pestered a range of state politicians. He branded his former lieutenant governor, an on-and-off ally, “Big Bad Bill Dodd,” a name that stayed with him forever. Long also called Dodd “the Dr. Jekyll and Mr. Hyde of Louisiana politics.”Another target was “psalm-singing” Jimmie Davis, a former governor who was an accomplished singer-songwriter.

Long went after rivals many ways. In his last gubernatorial campaign, he soft-soaped opponent Fred Preaus, a well-known car dealer, calling him “a fine man.” Then Long explained that if he needed a car, he’d do business with Preaus. But, he added, “if I needed two cars, I wouldn’t do business with him. He couldn’t handle a deal that big.” Long won the race.

The tactic of nicknaming political opposition has survived the modern age of electronic media. Donald Trump is the new master of the game––delighting supporters, mortifying adversaries.

In the 2016 election, Trump deployed nicknames against every threat. Remember “Low Energy Jeb Bush” and “Liddle Marco” Rubio? Then there was “Crooked Hillary,” the label that drove the Clinton camp crazy.

When it came to “Lyin’ Ted” Cruz, Trump made a point of adding, “You have to spell it right––L-Y-I-N-apostrophe.” Twisting the knife, he went on: “The bible held high, then he puts it down and he lies.”

You could almost hear Uncle Earl holler out that punchline, he lies!

Trump has unsheathed new names for 2020. There is “Sleepy, Creepy” Joe Biden and “Crazy Bernie” Sanders. “Pocahontas,” the sobriquet Trump slapped on Elizabeth Warren, was so troublesome that she got a DNA test to prove Native American heritage.

Writing for the Columbia Journalism Review, Jon Allsop has called Trump’s capacity to wipe out critics with pejorative nicknames a “dangerous linguistic power.” He also complains that an otherwise “hyper-vigilant” press oddly views this Trumpian tactic an “amusing distraction.”

Nonetheless, Trump’s enemies have tried to beat him at his own game. Only recently, one Democrat tagged him “Con Don.” Over the last few years, we’ve heard “Cheatin’ Don,” “Traitor Trump,” “Agent Orange,” “Captain Chaos,” “Dangerous Donald,” “Hair Hitler,” “King Leer” and “Benedict Donald.” So far, none of these nicknames have stuck.

Today’s distended crop of Democratic presidential candidates will keep trying to stamp Trump with a lethal nickname that will stick. But, can any of them do it? Should they even try? After all, there’s not an Earl Long in the bunch.

Ron Faucheux, Ph.D., is a writer and nonpartisan political analyst. He’s the author of Running for Office and publisher of LunchtimePolitics.com, a daily newsletter on polls. He’s taught courses in politics at George Washington University’s Graduate School of Political Management and Georgetown University.