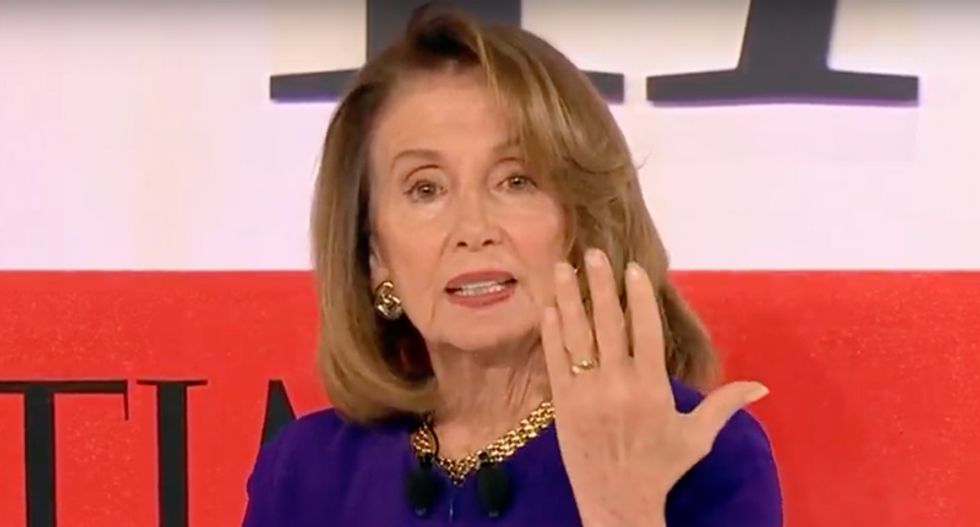 With as many as six Democratic-controlled House committees scheduled to hold hearings or open more investigations into embattled Donald Trump, MSNBC is reporting that senior Democratic leaders are proposing new sweeping bills that will limit corruption -- and draw more attention to the president's misdeeds.

According to the report, in a private meeting, last week House Speaker Nancy Pelosi (D-CA) told her fellow Democrats that they will be going forward with a slate of bills that limit the types of corruption specifically mentioned in special counsel Robert Mueller's report on the Trump administration.

According to an aide who attended the meeting, public debate on the legislation will be designed to focus on reining in "President Trump's abuses and safeguard our democracy from future attacks."

Democrats hope that, by coupling the legislative moves with the hearings, the president will suffer a double-hit as the public sees Democrats not only unveiling wrongdoing but also doing something about it.

According to MSNBC, "Speaker Pelosi is hoping hearings around legislative fixes will highlight the worst wrongdoing contained in the Mueller report, and possibly broaden public support for impeachment. Pelosi has argued that launching impeachment hearings now could backfire on her party given that it would almost certainly go nowhere in the Republican-controlled Senate and imperil Democrats' majority in the House in 2020."

Among the bills proposed is one labeled "Duty to Report," which would require presidential campaign aides to report foreign contacts and influence to law enforcement. That law specifically is aimed at Trump after the Mueller report just those types of interactions between Trump campaign aides, family members and Russians during the 2016 election.