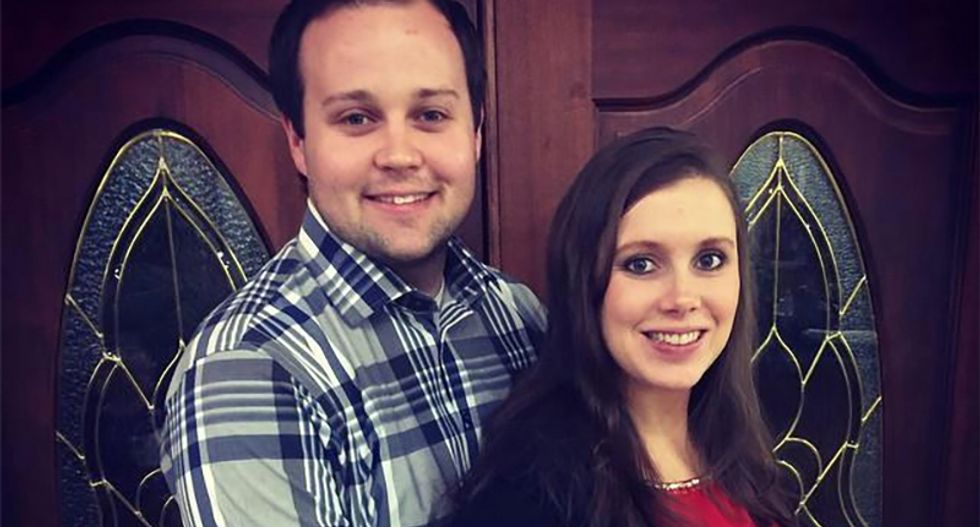 When Josh Duggar was accused of child molestation, his parents rushed to arrange a marriage, according to celebrity gossip site Radar.

The family was made famous when "The Learning Channel," now known as TLC, began the show "19 Kids and Counting," featuring the family and their far-right religious ideology. The show was canceled in 2015 when Josh Duggar was accused of child molestation. The show then spun off "Counting On," about sisters Jill and Jessa Duggar and their marriages and children.

While all of that was happening, Jim Bob and Michelle were trying to cover up the bad news that threatened to take down the family's empire.

According to allegations, Josh was watching pornography while touching a minor female from their family church. It happened with at least five different girls, four of which were his relatives. Meanwhile, according to Radar, the family was desperately searching for a lawyer who could help keep Josh's allegations hidden from the public.

In a separate case, the Duggar's home schooling pastor made things even worse by preying on young girls as well. He refused to apologize but did admit he regretted touching a woman's feet in a sexual way.

“Older men within the church immediately jumped in to help Jim Bob hide everything as much as possible. They all tried to hire lawyers to keep Josh’s touching of younger girls under wraps,” an ex-church member told the site.

But in 2015, In Touch Weekly published the police documents showing allegations of Josh's molestation. The Duggars tried to “make sure no one ever heard about this.” Josh later tried to sue the site, to no availjos.

The family had to find a wife for the younger Duggar. Anna "seemed to have been slightly made aware" of what Josh had done during their courtship.

“Josh and Anna’s relationship seemed pretty controlled and arranged,” the source said. “Michelle and Jim Bob thought a relationship would solve some of his problems. That was common in our church.”

The former church member said that even during the courtship celebration, Jim Bob talked about Josh's alleged molestation, calling it "Josh's mistakes."

“Jim Bob talked about all that Josh had been through and that he became a strong, young man of God,” the source said. “Anna was nodding along of course, but I don’t think she knew the extent of it.”

The source thought Anna appeared aware, but not fully aware that the allegations included ones from his own sisters.

“I think when Anna first met Josh she was very much under the impression that he was a strong, young man who hadn’t done anything bad in a while,” said the ex-church member. “But he was still shady when he was courting Anna.”

The former church member also said that they found it similarly "shady" that Josh refused to allow any kids to touch his cell phone.

“Josh got super anxious once when someone tried to grab his phone and pretend to make a call. He was very upset,” the source said.

Josh ultimately cheated on his wife Anna and blamed it on an addiction to pornography. He then entered a rehab center.