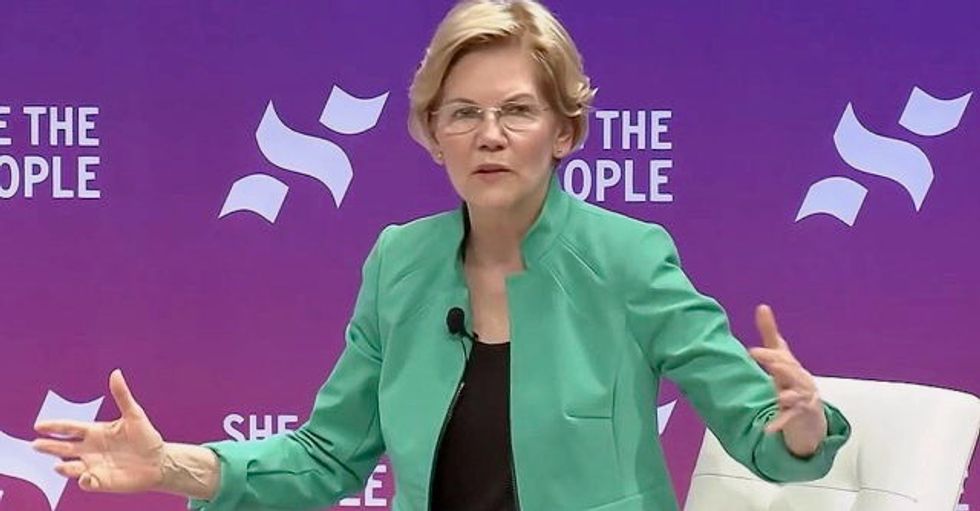 U.S. Senator Elizabeth Warren is continuing her upward momentum, jumping into the second-place slot in the latest poll from The Economist/YouGov.

The question, "If the Democratic presidential primary or caucus in your state were held today, who would you vote for?" was asked of those who said they planned to vote in the primaries.

Former Vice President Joe Biden is still in first place, but now at 26%, down one point.

Mayor Pete Buttigieg is in fourth place, down one point to 8%.

Senator Kamala Harris is in fifth place, down one point to 6%.

This week's new Economist/YouGov poll also has Warren up with the best favorability ratings.

% favorable minus % unfavorable, among Democrats:

The poll also has a large number of questions focused on Pete Buttigieg.