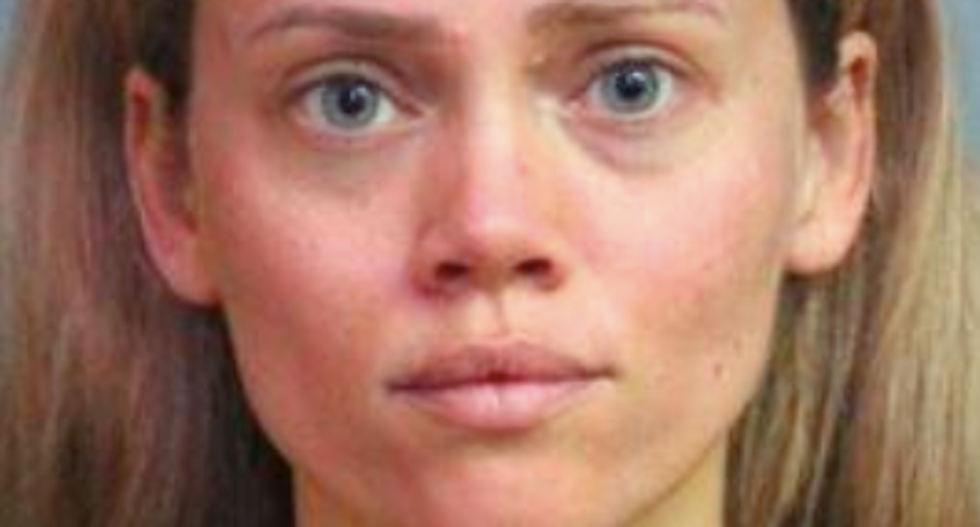 A Florida woman took her estranged husband's guns and turned them over to police after he was arrested for domestic violence -- and she was charged with burglary and theft.

Courtney Taylor Irby told officers she went to her husband's Lakeland apartment and searched for a handgun and rifle she knew he had, and took them to police to turn in for safekeeping, reported The Ledger.

“So are you telling me that you committed an armed burglary?” a Lakeland police officer asked.

Police verified that Irby had never stayed at her estranged husband's apartment until the day she took his guns, after telling a court at his bail hearing that she feared for her safety.

Court records show the 32-year-old woman had applied for a temporary injunction against her husband, Joseph Irby, as they are in the process of getting a divorce.

Investigators contacted 35-year-old Joseph Irby, who was still being held at the Polk County Jail after he was arrested Friday on a felony charge of using his vehicle as a weapon against his wife.

Joseph Irby said he wanted to press charges against his wife for going into his apartment and removing his guns without permission.

Courtney Irby was charged with armed burglary of a dwelling and grand theft of a firearm.

She was released on $5,000 bond, and a judge ordered her not to possess a firearm or go near her husband, recommending instead that she use a proxy to contact him on issues related to their two children.

In the aftermath of the tragedy at the on Nov. 21, there have been calls across the state for a review of the low bail set for Brooks, who was released after being charged with other violent crimes, as well as a push for broader changes to the criminal justice system. A joint resolution in the Legislature, proposed by Rep. Cindi Duchow (R-Town of Delafield) and Sen. Van Wanggaard (R- Racine) would create a new constitutional amendment to make judges consider the dangerousness of a defendant when setting bail.

More than 60 people were injured and six were killed after a vehicle plowed into the parade in Waukesha last month. Eight-year-old Jason Sparks became the sixth person to die when he succumbed to wounds suffered in the incident two days later. Many of the wounded remain in the hospital. Darrell Brooks Jr., 39, the driver of the vehicle, faces six counts of homicide among other charges.