Fox News legal analyst shreds Trump for saying he'd accept foreign dirt on his rivals: 'He would be committing a felony' 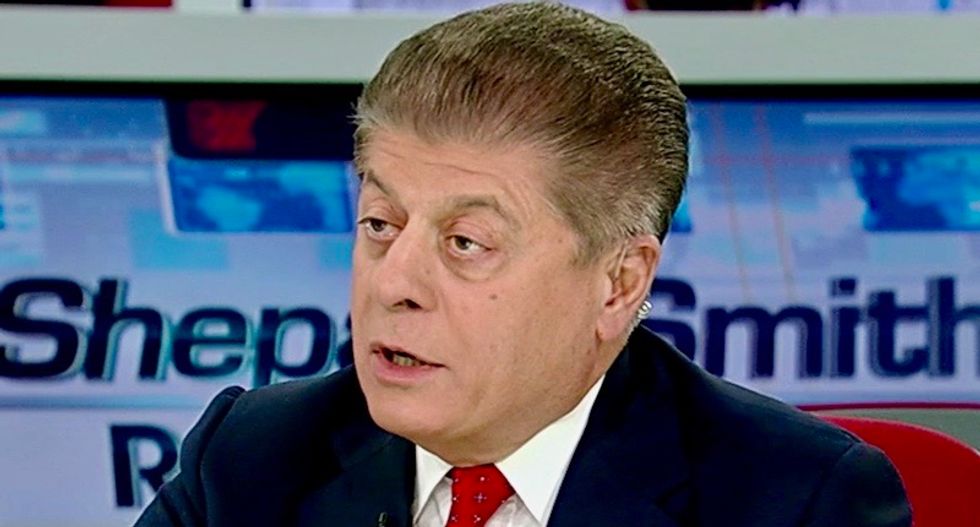 President Donald Trump shocked the world again when he admitted that he would take dirt on a campaign rival from a foreign operative.

During a Wednesday interview with Fox News Shep Smith, judicial analyst Andrew Napolitano ripped Trump and said he be committing a felony if he accepted the information.

"Is there any way to argue that dirt from a foreign entity on a political opponent would be something that you can receive legally?" Smith asked.

"What the president said he would do to George Stephanopoulos would be felonious," Smith said.

Watch the full interview below via Fox News: