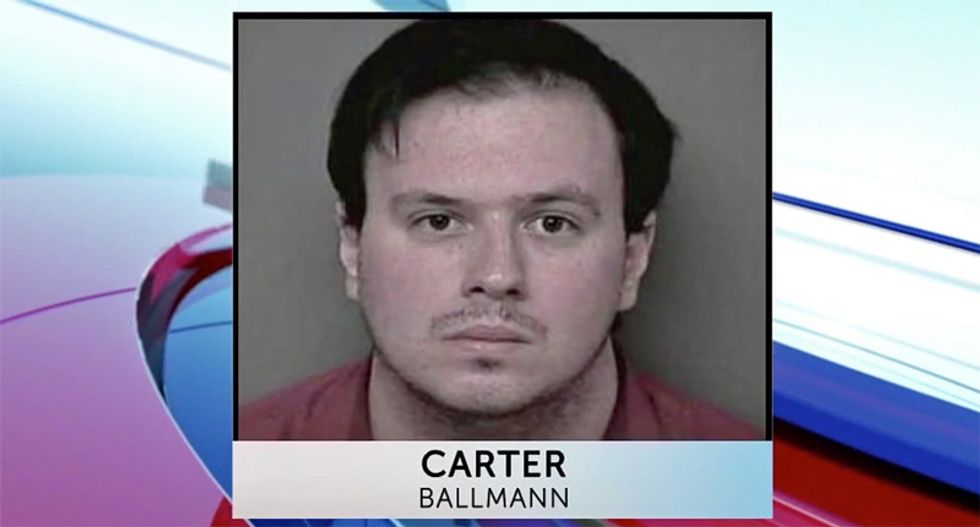 "A former state legislative aide will spend five years in prison for trying to elicit sex from someone he thought was a 14-year-old girl, but was actually an undercover detective," the Columbia Tribune reported. "U.S. District Judge Roseann Ketchmark on Friday sentenced 25-year-old Carter Clinton Ballmann to five years in the Federal Bureau of Prisons on a single count of attempted receipt of child pornography."

At the time of his arrest, Ballmann served as an aide to Rep. Mark Matthiesen, a Republican of Maryland Heights, Missouri.

"Ballmann’s arrest was the result of a child predator sting by the Boone County Cyber Crimes Task Force," the newspaper reported. "Through text messaging he provided specific details about sex acts he wanted to engage in with the decoy, according to court documents. He also tried to persuade the decoy to sneak out of her home to meet him for sex and to send nude photos, according to court documents."

"Prior to working for Matthiesen, in 2016 Ballman served on the winning campaign of state Sen. Bill Eigel, R-Weldon Spring and was appointed by the Missouri Republican Party Regional Field Director for St. Charles County, according to a press release posted on the Missouri GOP website," the Columbia Tribune explained.

The St. Louis Post-Dispatch reported in May that Ballmann was arrested at the Missouri state Capitol.