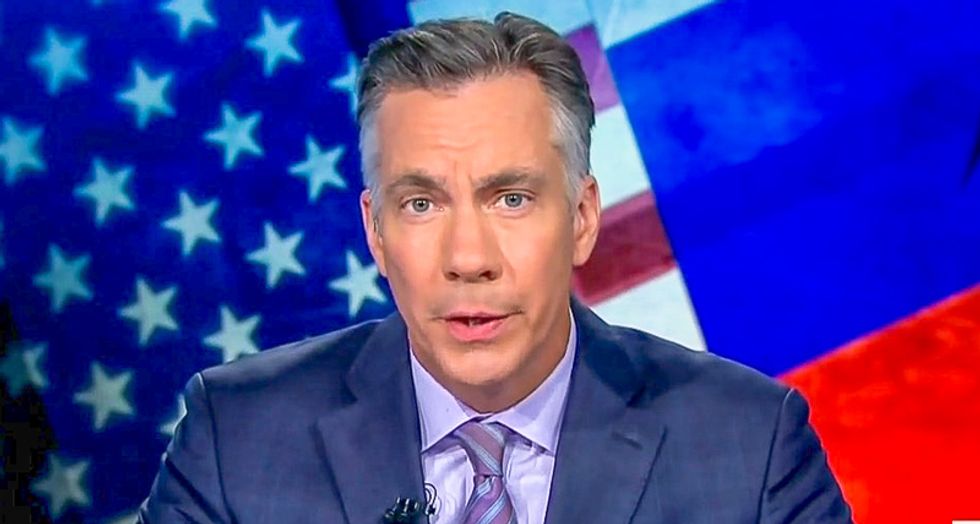 President Donald Trump's remarks on Wednesday that he would happily accept dirt on his political opponents from a foreign power — and his subsequent tweet on Thursday that it's hardly any different from how he just met with "the Prince of Whales" — has set off a political outrage and sent Beltway reporters scrambling.

According to CNN chief national security correspondent Jim Sciutto, however, there is one group of people conspicuously missing from the controversy: Trump's Republican defenders in Congress. In fact, one GOP lawmaker who was planning to sit for an interview with him abruptly canceled.

A GOP lawmaker just canceled an interview with us this hour. I was going to ask about the president’s comments on a… https://t.co/IhxZTW7OAa
— Jim Sciutto (@Jim Sciutto) 1560434297.0

Several Democratic lawmakers and presidential candidates have weighed in, with Sen. Kamala Harris (D-CA) saying Trump is "putting his self-interest in front of the interest of our democracy," and some Republicans outside of Capitol Hill are calling for his impeachment, including former Rep. David Jolly (R-FL) and GOP strategist Rick Wilson.