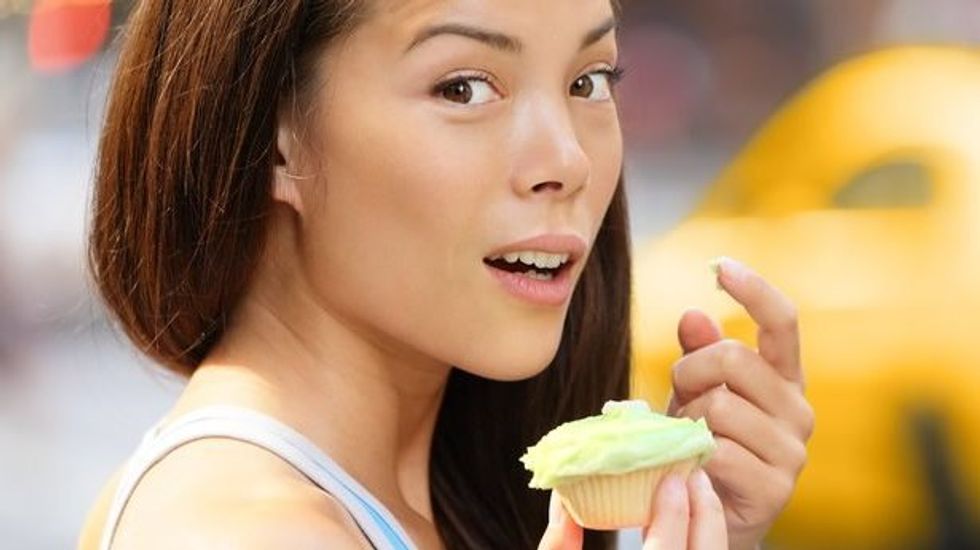 Oberlin College has been ordered by a jury to pay $44 million to a local bakery and convenience store after the midwestern liberal arts school was found responsible for defamation, infliction of emotional distress and intentional interference of business relationships.

The verdict comes nearly three years after a skirmish broke out between Jonathan Aladin, a black student at the liberal arts college, and Allyn Gibson Jr., the son and grandson of the owners of Gibson's Bakery and Food Market, a family-owned establishment near the college's campus in Oberlin, Ohio.

The altercation set off a bitter standoff between the liberal arts college and the local bakery, which has been a fixture in the college community for more than 100 years, over free speech, racial profiling and discrimination.

In an emailed statement sent to Oberlin College students and alumni Friday morning, President Carmen Twillie Ambar wrote that the legal process was far from over.

"Let me be absolutely clear: This is not the final outcome. This is, in fact, just one step along the way of what may turn out to be a lengthy and complex legal process," she said.

The case stems from the November 2016 arrest of Aladin, who was accused of attempted robbery for allegedly trying to "steal wine or otherwise illegally obtain wine" from the bakery with a fake ID, according to court documents.

Oberlin alleged Gibson Jr. "violently and unreasonably attacked" the student who he suspected of shoplifting, then "chased the student out of the store across West College Street and into Tappan Square .  . . where he placed the student in a chokehold." Two of Aladin's friends, black female Oberlin College students, intervened and "tried to pry Allyn Jr. off Mr. Aladin," the college alleged. Oberlin police officers arrived at the scene and arrested the three students, but did not arrest Gibson Jr.

The Nov. 9, 2016 arrests of the three students, just a day after Donald Trump clinched the presidency, prompted a series of heated demonstrations in front of the local business, with some students waving fliers that encouraged a boycott of the establishment, according to the complaint.

"A member of our community was assaulted by the owner of this establishment yesterday," read a flier issued outside the bakery, calling Gibson's a "RACIST establishment with a LONG ACCOUNT of RACIAL PROFILING and DISCRIMINATION," according to the complaint.

The flier also identified ten of the bakery's competitors where the demonstrators urged Gibson Bakery's customers to shop instead, the court documents state.

In response to the students' accusations of racial profiling at the bakery, police conducted an investigation and found that 40 adults had been arrested for shoplifting at the bakery in the past five years, among them six African Americans.

In an email to students on the Friday after the arrest, Oberlin's then-president, Marvin Krislov, and Vice President and Dean of Students Meredith Raimondo acknowledged that fiery reactions to the case may be linked to "fears and concerns that many are feeling in response to the outcome of the presidential election." They vowed to use "every resource to determine the full and true narrative" and said they were "deeply troubled because we have heard from students that there is more to the story than what has been generally reported."

In the days following the students' arrest, Oberlin College announced it had severed its business relationship with Gibson's Bakery, the lawsuit stated. The bakery had supplied baked goods for the school's dining services through a third-party company.

Three months later, the college reinstated its business with Gibson's Bakery but "refused to retract the defamatory statements that had been made," according to the complaint, which noted that the shop had already suffered dire consequences.

The combined effects of the "defamation, boycotts, demonstrations, and refusal to do business with Gibson's Bakery was having a devastating effect on Gibson's Bakery and the Gibson family," the court documents stated. The college's behavior also took a "severe emotional and physical toll" on the family, who suffered damage to their reputation, financial welfare and their personal standing within the community, according to the complaint. The Gibson's home was damaged "on one or more occasions" and car tires had been punctured, the family said.

In August 2017, Aladin and the two students pleaded guilty to attempted theft and aggravated trespass, court documents state, and were required to pay a fine. Before their sentencing, each student read a statement acknowledging that Gibson's was justified in trying to restrain Aladin and that the actions of the shop's employees had not been racially motivated.

"This unfortunate incident was triggered by an attempt to purchase alcohol," Aladin wrote, according to court documents. "I believe the employees of Gibson's actions were not racially motivated. They were merely trying to prevent an underage sale."

For Gibson's owners, the plea agreement reached by the trio with prosecutors did not settle the case. In November 2017, approximately one year after the incident, Gibson's filed a civil lawsuit against Oberlin in the Lorain County Court of Common Pleas. The bakery accused the college of supporting and promoting the students' claims of racism and sued the liberal arts school, as well as Raimondo, for libel, slander, interference with business relationships, interference with contracts, deceptive trade practices, infliction of emotional distress, negligent hiring and trespass.

The bakery's owners argued that Oberlin College "facilitated, encouraged, and promoted the illegal defamation and economic boycott" of Gibson's Bakery by helping students copy and distribute fliers, suspending classes and supplying protesters with free food and drink. College leaders also "encouraged students to demonstrate outside Gibson's Bakery in lieu of attending scheduled classes and provided credit to the students who attended and participated in the demonstration(s)," according to the complaint. Additionally, Gibson's argued a Facebook post by an Oberlin's Department of Africana Studies stated: "Gibson's has been bad for decades, their dislike of Black people is palpable. Their food is rotten and they profile Black students. NO MORE!"

The lawsuit claimed college tour guides continue to advise prospective and future students not to shop at Gibson's Bakery because it is a "racist establishment" that "assaults students," the complaint stated.

As a result, the lawsuit argued, "Gibson's Bakery has suffered a severe and sustained loss of student, professor, administrative and college department business."

Oberlin responded by arguing that none of the statements cited by the bakery's owners had been defamatory, and said the school was not responsible for the views expressed by its students. The college said Raimondo attended the demonstrations to "ensure that students' freedom of speech was protected and that the student demonstrations were safe and lawful."

"Colleges cannot he held liable for the independent actions of their students," Oberlin Vice President Donica Thomas Varner said in an email to the campus community. "Institutions of higher education are obligated to protect freedom of speech on their campuses and respect their students' decision to peacefully exercise their First Amendment rights. Oberlin College acted in accordance with these obligations."

Jurors in Lorain County heard the case this spring. The judge denied the school's request on Tuesday to declare a mistrial in the case.

The lawsuit divided the Oberlin community, with some students urging their colleagues to boycott Gibson's Bakery and protest the establishment, while others advised against taking action against the bakery.

Kameron Dunbar, a student at the liberal arts college who was present at many demonstrations in front of Gibson's Bakery, told Salon that the lawsuit "impacted how the student body understands our relationship with the town of Oberlin."

"It cemented the idea that freedom of speech is never free," he added. "I could see [the verdict] discouraging college administrations from doing their full duty to protect and ensure the safety of their student body."

Sydney Allen, the former editor in chief of Oberlin's student newspaper, The Oberlin Review, who has written extensively about the lawsuit during her time on campus, told Salon that she believes the campus "will be dealing with the ramifications of the lawsuit for a while."

"I don't expect this is the end of the conflict with Gibson's and I imagine if Gibson's continues to operate in Oberlin, its relationship with the college, and especially students, will continue to be very frosty."

Allen said she feels "very alienated from the community and people who supported Gibson's in this case," and noted she "received a lot of vile, hateful and threatening messages" for her coverage of the case.

"This divide and alienation is not just siloed in Oberlin, but is representative of a larger national divide that has worsened in recent years, as many Americans become more and more nationalist and rally against progressive thinking and higher education," she added. "This case represented an opportunity to 'stick it to' a leftist institution and I think some people rallied behind that."

Some free speech advocates and lawyers have said the verdict of the case raises concerns about freedom of speech on college campuses.

"Holding universities financially liable for student speech will inevitably lead them to police and censor that speech, creating a chilling effect that is antithetical to the First Amendment," Schary told Salon.