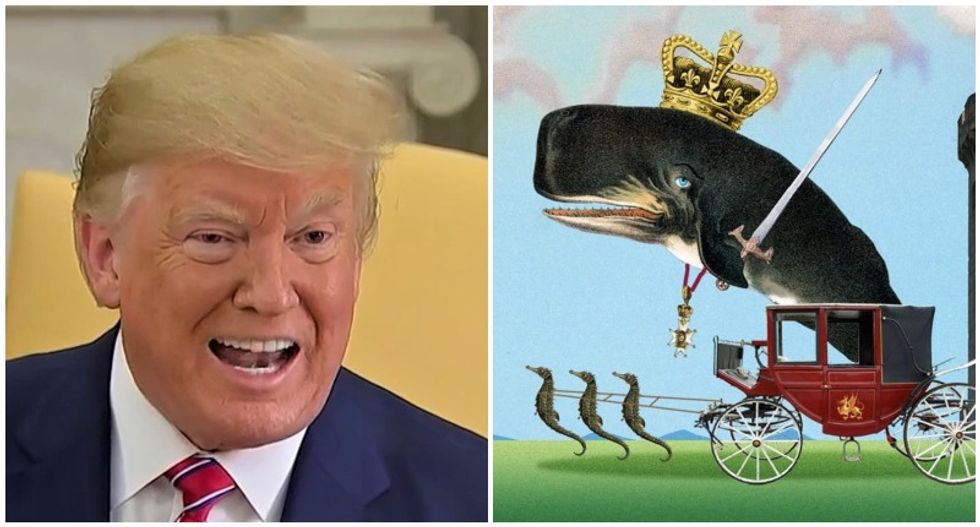 President Donald Trump, left, and a depiction of the fictional 'Prince of Whales,' right.

President Donald Trump on Thursday drew howls of laughter across the internet when he made a reference to the "Prince of Whales" in a tweet defending his latest comments welcoming foreign interference in the 2020 presidential election.

In a Thursday morning tweet, the president argued that he should not have to contact the FBI every time he meets with a foreign leader, including the aforementioned "Prince of Whales," whom the president said he recently talked with during his trip to the United Kingdom.

In reality, of course, the proper title for Prince Charles is the Prince of Wales, which is a country located on the west coast of Great Britain. 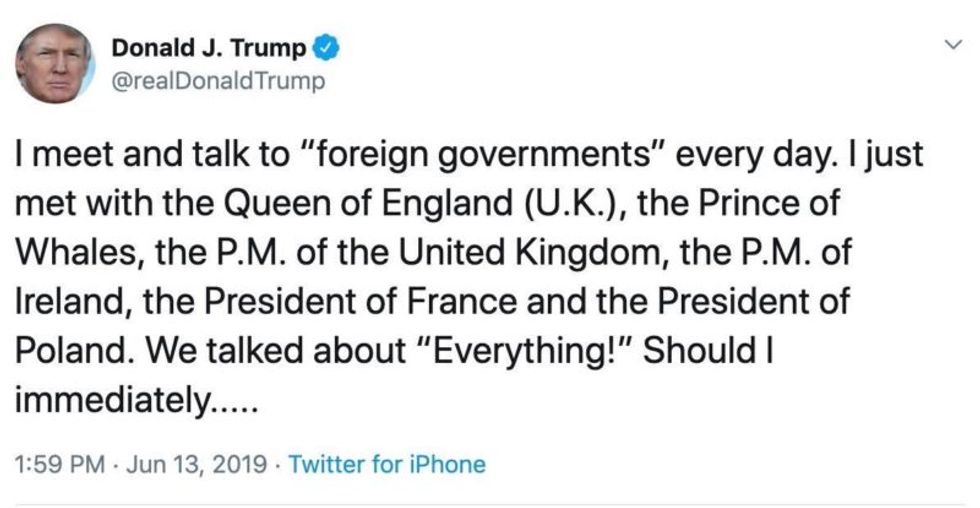 Trump's tweet generated an avalanche of ridicule -- check out some of the best responses below.